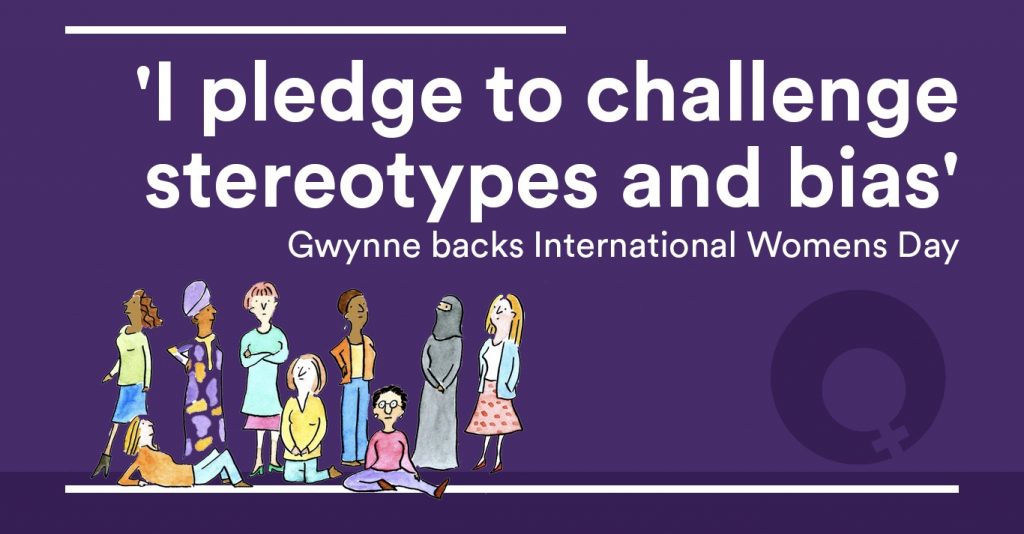 Denton and Reddish MP, Andrew Gwynne, has pledged to challenge stereotypes and bias as he celebrates International Women’s Day (March 8), a celebration of the social, economic, cultural and political achievements of women.

The day recognises the achievements and work of women everywhere and celebrates their accomplishments; it is important to celebrate how far we have come in the fight for equality, while also recognising how far we still have to go. 2018 marks 100 years since some women in the UK were afforded the vote for the first time, today our challenge must be to build on past achievements and push for full equality and protection for women: financially, in the workplace, in families and homes and in public spaces. The theme for this year is #PressforProgress – now, more than ever, there is a strong call to action to press forward and progress gender parity.

With the World Economic Forum’s 2017 Global Gender Gap Report findings telling us that gender parity is over 200 years away – there has never been a more important time to keep motivated. There are five key areas underpinning Labour’s vision for women’s equality: Access to justice, Health and well being, Economic equality, Leadership and representation and Protection for women; Labour will help, not hinder women.

Today women are disproportionately in low paid, part-time or zero hours jobs are being hit hard by austerity. Because of this inequality Labour is committed to introducing a £10 an hour Real Living Wage, as well as scrapping the public sector pay cap to build a high wage, high skill economy for the many, not the few. We will also make it a priority to close the gender pay gap, tackling discrimination at work and introducing a civil enforcement system to ensure compliance with pay auditing.

“Today gives us all an opportunity to celebrate the achievements of women the world over, as well as keeping up the fight for a more equal world for everyone in terms of economy, society, culture and politics.

“There’s still much more to be done but I am personally committed to challenging stereotypes and bias.”