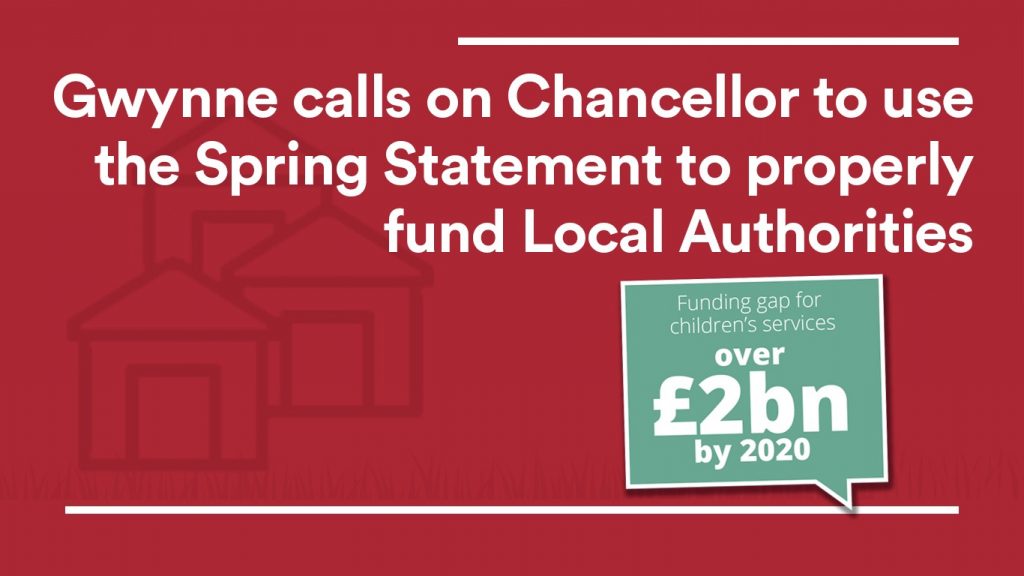 Shadow Secretary of State for Communities and Local Government, Andrew Gwynne, has today called on the Chancellor to use the Spring Budget to properly fund children’s services and adult social care as a new report from the Labour Party has highlighted the growing risks facing out local authorities.

The report’s shocking findings include:

• Since 2010, £6.3 billion has been cut from Adult Social Care.
• Funding cuts are now having a detrimental impact on care quality. Almost a quarter of all adult social care services had the poorest ratings for safety – requires improvement (22%) or inadequate (2%).
• Demand is growing but this is being met with cuts: the number of people with an unmet social care need in England could be as high as 2.35 million.
• The Social Care system requires an immediate injection of £1.3bn. The Social Care funding gap is projected to rise to £2.5 billion by 2020.
• Cuts are putting pressure on residential care staff: the number of emergency admissions from care homes in England has soared under the Tories with 28,471 emergency admissions of care home residents in 2016/17, up from 17,539 in 2010/11 – a 62 per cent increase.

These findings are on the back of a report from the National Audit Office[1] which last week revealed that local authorities in England are struggling to cope with higher demands and cost pressures with councils overspending on local services and using their savings to fund them, which is damaging their long-term financial sustainability. The report showed there was a real-terms reduction in government funding for local authorities from 2010-11 to 2017-18 of 49.1%.

According to the NAO’s figures, while councils have striven to protect social-care spending it has still fallen by 3.0% since 2010-11. Yet, the figure compares with a 32.6% reduction in spending on all other service areas, including reductions of 52.8% on planning and development; 45.6% on housing services; 37.1% on highways and transport; and 34.9% on cultural services.

Services have been stretched as the number of children needing child protection plans has nearly doubled over the past decade. Councils began 185,450 child protection enquiries during 2016/17, in 2006/7 the figure was 73,800, that’s a rise from an average of 200 a day to more than 500 a day. With funding cuts and demand for statutory services rising, councils have to manage both increasing demand for, and the increasing cost of, council services with specific strains on services such as adults’ and children’s social care and homelessness.

“Tory cuts continue to target some of the most vulnerable in our society. Our report reinforces the damage that these reckless cuts are doing to older people with growing care needs. Despite this growing crisis, the Government have continued to cut budgets year-on-year, slashing £177 million from adult social care funds in this year’s local government finance settlement.

“On Tuesday, the Government has an opportunity to show that it wants to support our communities. I hope the Chancellor provides the urgently needed funding for children’s services and social care, providing sustainable funding for our public services before this crisis turns into a catastrophe.” 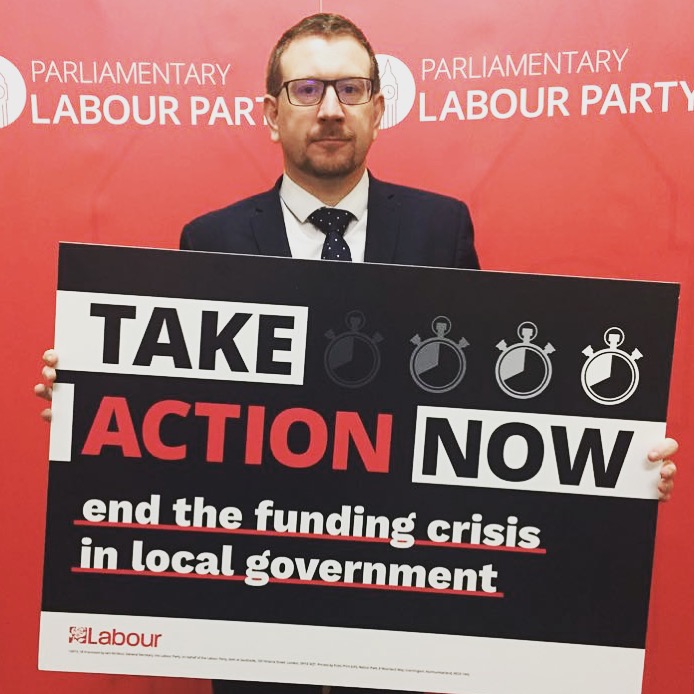