Last week I had the honour and privilege of welcoming veterans from across the armed forces to Victoria Park for a lunch reception organised by Tameside Council to celebrate Armed Forces Day.

This great celebration of our armed forces was part of a nation-wide initiative to honour our troops with events held the length and breadth the country. The week of celebrations leading up to the day itself was an opportunity for the British public to show their support for the men and women who make up the armed forces community – this includes everyone from serving troops and their families to veterans.

This year’s celebration also coincided with the centenary of the end of the WWI and acted as a unique opportunity for our community to honour the contribution made by our Armed Forces in the past, as well as supporting the wider Armed Forces Community today, including our amazing veterans, cadets, personnel, reserves and families.

Every day our safety, security and way of life are protected by our courageous Armed Forces personnel, both at home and across the world.

We all continue to see that dedication and community spirit on display today across the Saddleworth Moor as members of the 4th Battalion, The Highlanders, joined the Manchester Fire Service, in tackling the spread of fire during this unseasonably hot and dry weather. They were supported with food and water parcels that were distributed by members of the Salvation Army and ordinary members of the public.

This country has the finest service personnel worldwide, and we owe them our thanks and our support. It is our moral and professional duty to ensure that we do all we can as a society for our world class Armed Forces, and to ensure that we are there for them in their own time of need. That’s why Labour is calling for a better deal for our Armed Forces.

The Tories are failing our Armed Forces on pay, on housing and are not getting to grips with the recruitment and retention crisis. Our Armed Forces have endured seven years of real terms pay cuts since 2010, despite rising rents in service accommodation and cuts to tax credits.

Labour’s defence policy is centred on our Forces, veterans and their families. Our Armed Forces are driven by the hardworking men and women who serve in the Regulars and Reserves, as well as service families and the wider Forces community. To celebrate Armed Forces Day, Labour is calling for a better deal for our Armed Forces on pay, housing and veterans’ welfare.

We should always be grateful for the service of those individuals prepared to put themselves in harm’s way to defend our freedom and values.

This Armed Forces Day, I salute them. 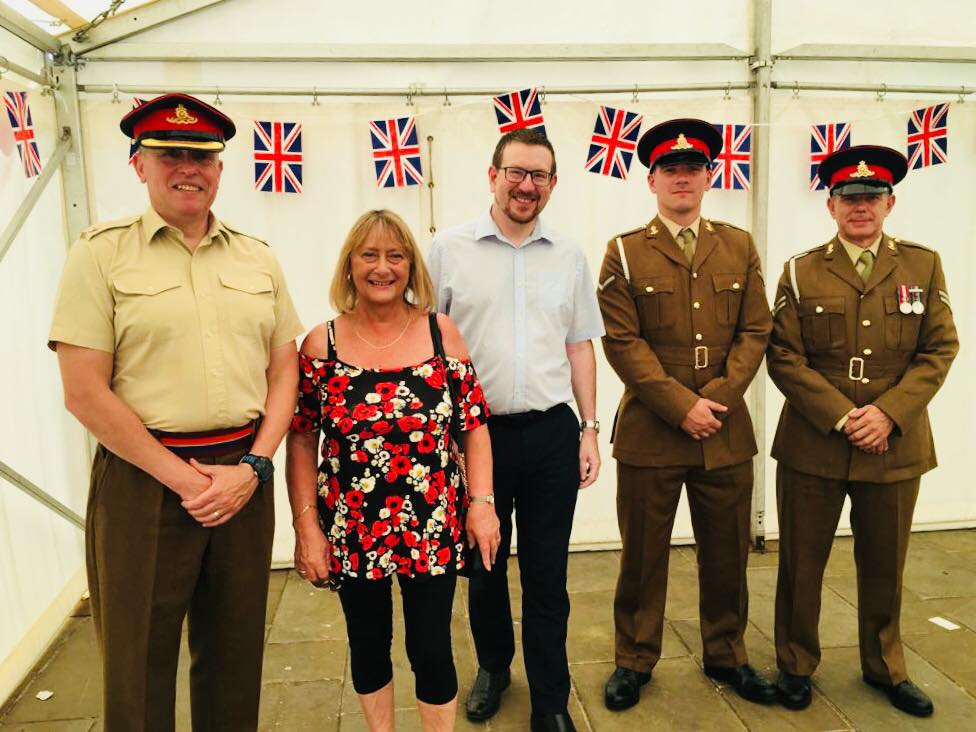