‘Government all at sea on public sector pay’ says Gwynne 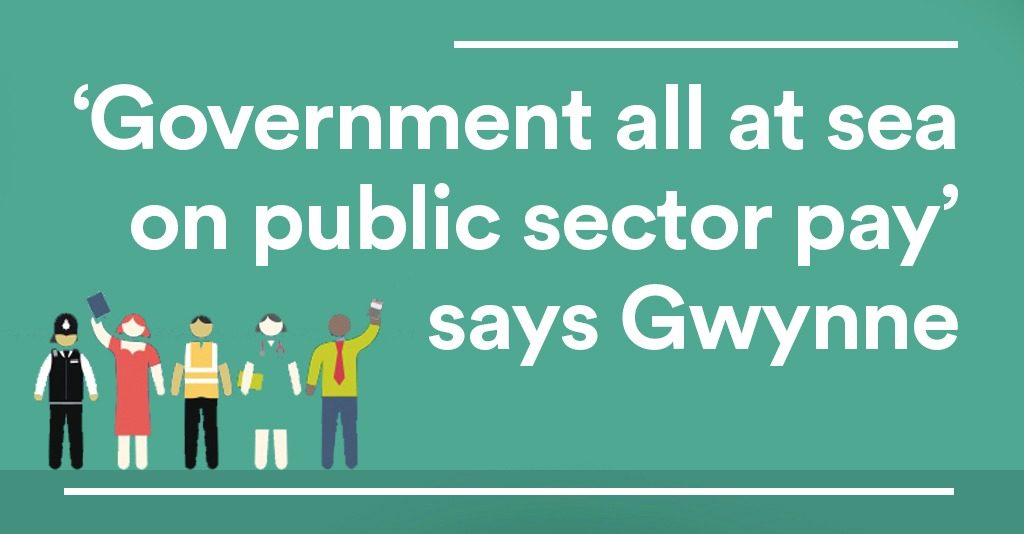 Denton and Reddish MP, Andrew Gwynne, has joined Labour colleagues in criticising the Government’s latest pay offer to public sector workers which in effect means they have been offered a real terms pay cut as well as further cuts to frontline services.

The Government used the start of the summer recess to announce that it will raid the already under-funded budgets of schools, hospitals, prisons, police services and armed forces, for what amounts to a real terms pay cut for many of our public servants who work in them.

As well as cuts to services, today’s pay settlement will also mean further real terms pay cuts for our police officers, and some teachers, doctors and dentists as inflation runs at 2.4 per cent.After years of real terms pay cuts for employees in the public sector, the Government is setting public sector workers against each other and against those who rely on public services.
Labour will not accept any pay deal that cuts the salaries of our public sector employees and starves the public services we all rely upon of the funding they need.

Labour’s manifesto at the last election pledged to end the cap and budgeted for above inflation pay increases for public sectors workers. Under Labour, public sector pay will be set by genuinely independent Pay Review Bodies or through collective bargaining.

“Despite this pay award, public sector workers across the country will still be thousands of pounds worse off due to years of Tory pay freezes and below inflation rises.

“Rather than pitting our public sector workers against each other and the services they provide, Labour will end the cap and ensure our valued public sector employees are given the real terms pay increases they deserve.”

“Real wages in the public sector are lower today than they were in 2010, yet the reality of today’s announcement is that on top of eight years of cuts to frontline services, and job losses, our police officers, some junior doctors, specialist doctors and dentists are being offered real terms pay cuts.