Hollowed out communities will be rebuilt under Labour 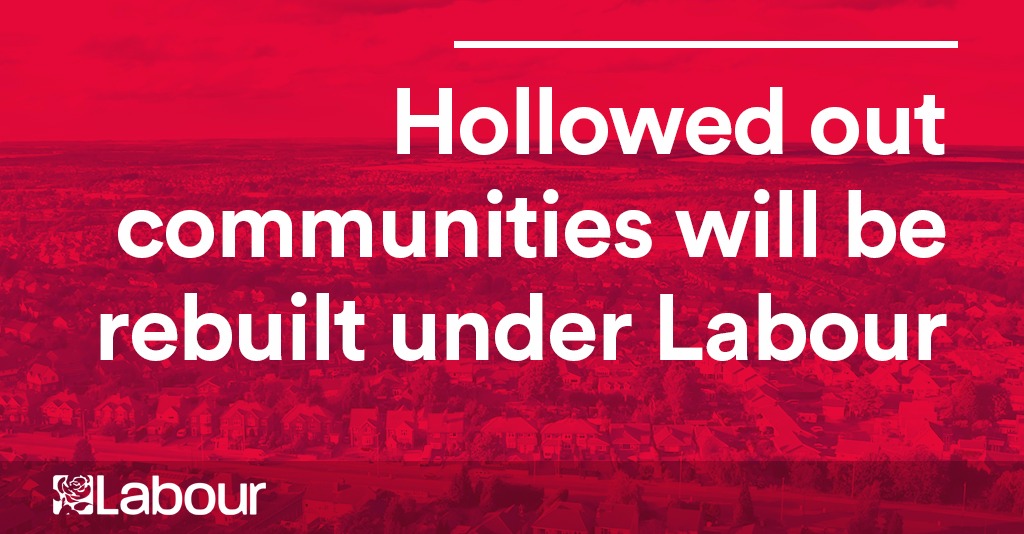 The Labour Party have released a new hard hitting film released on how Britain’s hollowed out communities hit by austerity and “decades of deindustrialisation” will be rebuilt under a Labour government.

Labour’s Party Political Broadcast “Our Town” released on the final day of Labour conference in Liverpool depicts the devastating impact Tory austerity, combined with decades of de-industrialisation, have had on our towns and communities.

The film, narrated by actor Julie Hesmondhalgh (Coronation Street, Broadchurch), shows how Labour will work with communities to rebuild Britain, so that their towns can flourish again with investment, new good jobs and control of services.

The film was made in Mansfield, Newcastle, Glasgow, Manchester, Liverpool and Hastings – meeting and filming real people, all of them genuinely committed and passionate about their communities.

“I was proud to be a small part of this important campaign, standing up for communities who have been hit by a broken economic and political system which works against ordinary working class people. I wanted to show that real and lasting change is a real possibility, and we need to come together to make it happen.”

“Our conference this week has been about how Labour will rebuild our economy, our communities and our vital public services.  I would like to thank Julie on behalf of our party for helping us make this important film which shows how people are taking control and fighting back after eight years of Tory austerity and decades of deindustrialisation, which has left so many of our towns and communities hollowed out. Labour will rebuild Britain and make our towns thrive for everyone.”

“We wanted to make a film that, above all, felt honest and from the heart. To me, one of central themes of the film is about talking to, as well as listening to, people and communities that for too long have been largely ignored by politicians. We wanted to acknowledge this, but also to communicate a positive vision for change. To have a hope of doing that effectively, you’ve got to be honest – you’ve got to focus on real people and real places and that is what we tried to do.”