Tameside Remembers – ‘My Column for the Tameside Reporter’ 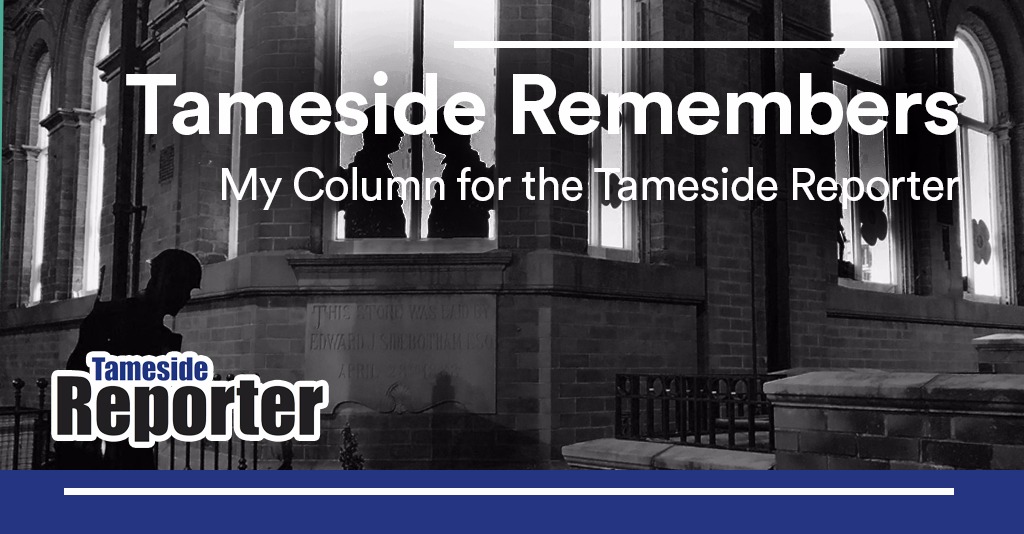 This Sunday marks an important moment in our nation’s modern history.

On the 11th hour, of the 11th day, of the 11th month, the Armistice was signed. It was a formal cessation of four years of bitter fighting primarily on the continent of Europe, which had resulted in over 20 million deaths (both military and civilian) and a further 21 million wounded.

My own family was not immune. My great-grandad, Benjamin Ridgway, a docker from Salford, joined the Lancashire Fusiliers’ Salford Pals, presumably with his mates. He was dispatched to numerous parts of the Western Front, which culminated with his battalion being virtually wiped out on the first day of the Somme offensive on 1st July 1916.

He was ‘lucky’ and survived that ill-fated day. Struck by lightening, he ended up back in the medical bay. But less than a month later he was put back on the frontline. He was killed in action on 30 July 1916; his body was never found. He left behind a wife, a son (my Grandad) and two daughters.

Because the numbers of people killed is unimaginably huge, we often forget that many more returned – often with what we’d now know as Post Traumatic Stress Disorder – and more than a little guilt for surviving; especially when returning to streets where families had lost their loved ones in the conflict.

The impact really hit home with me recently when I did some of the “Tommy Tomorrow” trail in Haughton Green. The local community group, Eventfull, had produced little laminated plaques at the homes of the fallen in Haughton Green. It was a small place back then, and yet the clusters of plaques along Two Trees Lane and Haughton Green Road really brought the impact to life. These weren’t just individuals, they were families and a close knit community.

Of course it’s also easy to forget that how we approached Germany and her allies after the war spread the seeds for another global conflict just 21 short year later. No wonder that by 1945 this continent was war-weary and sought a better way of living and working together, in peace.

But roll forward to 2018 – the centenary of the Armistice – and it’s an opportunity for us all to vow to live up to the ideals of peaceful coexistence. Never again should we lose entire generations of citizens, as we did between 1914 and 1918.

I’m proud of what the Royal British Legion, Tameside Council and the communities of our borough have done to commemorate this poignant commemoration. Poppies on lampposts; displays in our parks, shops, schools and community centres; the silhouette soldiers on display in each town, all culminating in the Remembrance services taking place all over Tameside, and the nation, this weekend.

We’ve done them proud. Lest we forget their sacrifice and duty; and work for peace in the future.