Last week I had the privilege of spending a day with officers and staff at Greater Manchester Police (GMP) as part of an initiative organised by the National Association of Police Chief Constables for MPs to spend a day with their local force.

As the local MP for Denton and Reddish for over a decade I’ve met with officers on countless occasions and know how difficult it can be for them working on the frontline to protect our communities. Which is why I felt it was important for me to step outside the Westminster bubble and see for myself the extraordinary things they do to keep us all safe.

We often read or hear about the daily challenges police officers find themselves in on the news or in the local paper, but seeing and experiencing this first hand gives you a real understanding of the immense pressures they come under every single day.

I’m very passionate about the work of GMP as I have spent a great deal of time with them in the past as a former graduate of the Police Service Parliamentary Scheme in 2007. During this time I spent 42 half-days with GMP covering everything from neighbourhood patrols, response work, assisting with the Tactical Aid Unit, dogs, horses, motorway unit, time with the counterterrorism unit, scenes of crime teams and a murder incident team.

During my time with some of Greater Manchester’s finest it was evident that officers today are under far more pressure than they were ten years ago.

Morale is incredibly low with resources for our police from central Government thin to materialise on the ground. Sadly, facts are facts. In 2010 we had 8,148 officers on the streets of Greater Manchester, by the start of 2017 that figure had plunged to 6,297; that’s almost 2,000 fewer police officers patrolling our streets.

Public expectations of what to expect from our police force is higher than it has ever been with concerns over cybercrime and other new crimes emerging; yet we cannot expect GMP to be able to deliver the same way they did with over 2,000 fewer offices.

Despite all their challenges I witnessed real commitment with officers going above and beyond to help keep our communities safe. I was also really impressed by their joint work with Tameside Metropolitan Borough Council, New Charter, the NHS and other agencies. By sharing information and intelligence among the different public bodies that keep us safe the police can help to resolve issues in a holistic fashion, rather than a patchwork approach.

I’d like to thanks to Sergeant Alan Sanders for showing me some of this integrated work while I was at HQ. It’s so good to see the police, council, housing associations and NHS all working together and sharing intelligence to solve our communities’ problems. I’d also like to thank PC Howard Tinsley and the Denton West Neighbourhood team who took me around their beat in Denton.

While with officers I also had the opportunity to raise and discuss issues of concern from around the constituency, such as antisocial behaviour, the spate of issues involving motorbikes and the poor 101 service.

More broadly, I believe this scheme should be expanded out into other public services at large, giving MPs the chance to learn from NHS staff, the Fire Service or teachers from our schools.

Public sector workers do not only contribute to our economy, but also ensure we’re kept safe and that our communities are the best they can be. By walking a day in their shoes, we can better understand the challenges they face as Parliamentarians with the hope that we will be better able to represent them in Parliament. 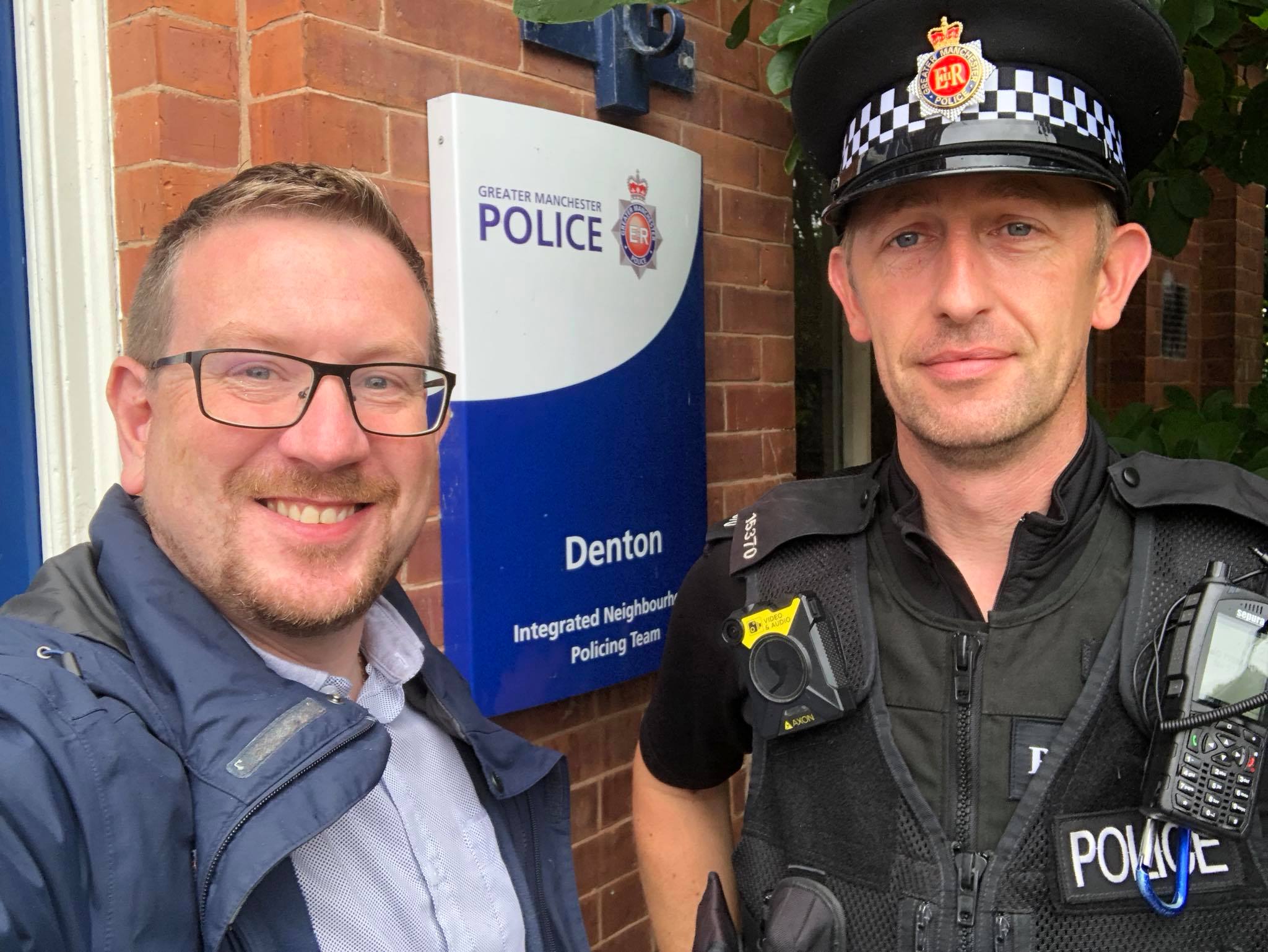 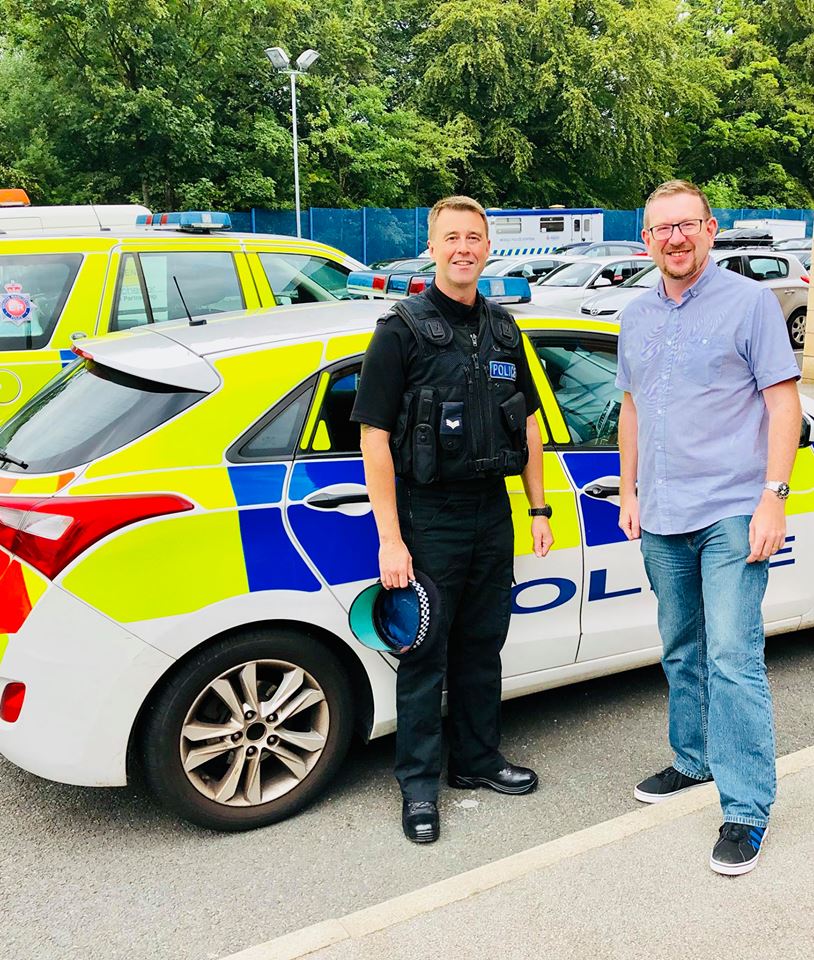