A View from Westminster – My column for the Tameside Reporter 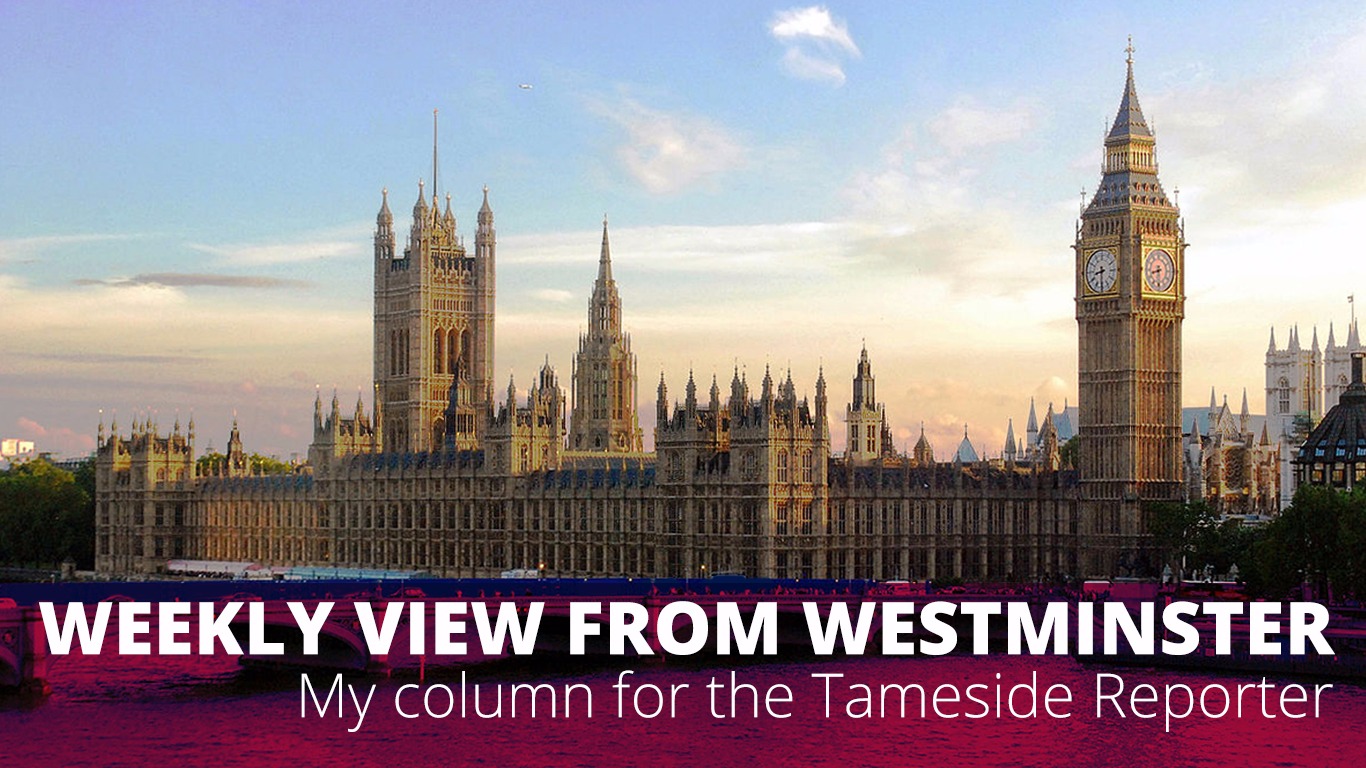 Last week we endured a ‘nothing has changed’ Budget from an out-of-touch Government with no idea of the reality of people’s lives and no plan to improve them.

The most surprising aspect of this year’s Budget for me personally were the figures which revealed that for all the Government’s bluster there will be no new money for our police force, a police force who’s numbers have fallen for the seventh consecutive year in 2017.

Since 2010 over 20,000 police officers, 30,000 police staff and 6,000 community support officers have been axed despite a promise to protect the frontline. The cuts have been so severe that police forces in England and Wales are now at their lowest strength per 100,000 of the population since records began in 1979.

Put simply, this becomes a matter of funding priorities and the fact is that police budgets have been cut by £2.3 Billion. On top of this the Prime Minister and the Home Secretary have broken their promise to protect funding after a series of attacks in London and Manchester this year resulting in cut backs on budgets to individual forces by £413m in real terms in the last two years alone – that’s 41 out of England & Wales’ 43 police forces have suffered real terms cuts.

Locally, Greater Manchester has borne the brunt of police cuts to the point that every police enquiry counter across my constituency is now closed.

I now receive a daily deluge of complaints from constituents who are fearful of increased anti-social behaviour in their community as well as rising vandalism across the area. Reports of vandalism in Greater Manchester Police force area rose by 37 per cent between 2013 and 2016 – the sharpest increase in the country.

Labour has a plan to make Britain safer, we intend on recruiting 10,000 more police officers, 1,000 more security and intelligence staff as well as 500 more border guards.

Our pledge on neighbourhood policing will reverse the “crisis” and put officers back in the communities where they can work with communities and collect voluntary intelligence which helps in the fight against terror.

The Tories want to pretend there is no money available for our public services or public sector workers and yet, they are still ploughing ahead with the billions of pounds’ worth of tax giveaways to big business and the super-rich.

Police and community support officers do an amazing job which has been highlighted this year through the heroism of officers in both Manchester and London – let’s give them the resources they’re crying out for to do the job.