Almost half of maternity units close doors to mothers 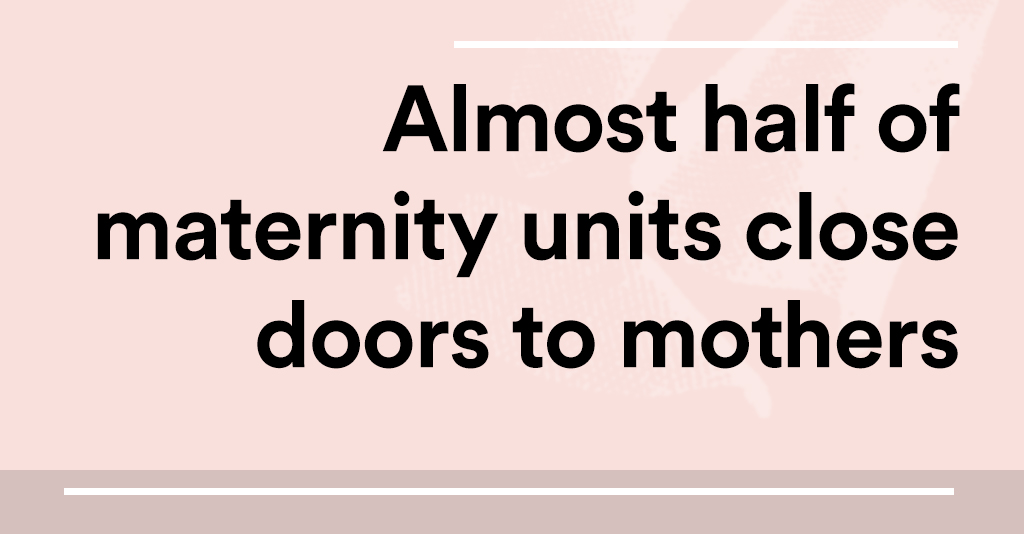 The research, published by the Labour Party, has revealed the figures and showed a significant increase of maternity ward closures on the previous year.

The most commonly reported reason for closures was capacity and staffing issues. The Royal College of Midwives’ latest estimate is that the NHS in England has a shortage of 3,500 midwives.

“As a father myself, I can’t begin to comprehend the levels of stress and panic these closures must have caused families up and down the country.
“The figures are deeply concerning, 8 years of Tory cuts have not just led our NHS staff being overworked and long overdue a pay rise, but now have led to a situation in which the NHS can no longer provide the most basic of services.
“I’m calling for this Government to urgently look into the research published by the Labour party and give the NHS the funding it so desperately needs.”

“Expectant mothers deserve reassurance that the local maternity unit will be there for them when needed. It is a disgrace that almost half of maternity units in England had to close to new mothers at some point in 2017. The uncertainty for so many women just when they need the NHS most is unthinkable

“Under this Government, maternity units are understaffed and under pressure. Labour is committed to making child health an absolute priority with our ambition of the healthiest children in the world. That means giving every child the best start in life including proper investment in maternity services.

“Every pregnant women turned away from a maternity unit due to staff shortages and shortages of beds and cots deserves an apology from Government ministers for the years of Tory cuts, deliberate under resourcing and mismanagement of the NHS. Mothers and babies deserve better than this.”