Boris has no answers for councils

New Conservative Prime Minister Boris Johnson today delivered his first statement to MP’s in the House of Commons. In a lengthy speech that remained light on details, Johnson failed to make any mention of local government and the growing crisis in local services – particularly around adult social care and children’s services.

The Local Government Association states that councils face a £3.6 billion funding gap in adult social care by 2025 and have lost 60p out of every £1 in central government funding since 2010. More than a third of councils’ overall budgets are spent on adult social care. And children’s services in England are at breaking point and need a £3.1 billion minimum funding boost by 2025. The Housing, Communities and Local Government Committee has said current funding levels are unsustainable.

“We may have a new Prime Minister – but today’s statement suggests that very little has changed for Local Government. Johnson’s announcement was silent on local government – with nothing to fix the crisis in social care and nothing for children’s services that have been been pushed to breaking point.

“Our communities do not need any more arm-waving bluster and empty promises. We need a Labour Government with the competence to reverse the tide of cuts; and after a decade of division policies for the few, to focus on the interests of the many.”

Labour’s Communities and Local Government team have also written to the new Chancellor of the Exchequer and Chief Secretary to the Treasury – both formally of MHCLG – urging them to deliver the urgent cash injection that our communities need. 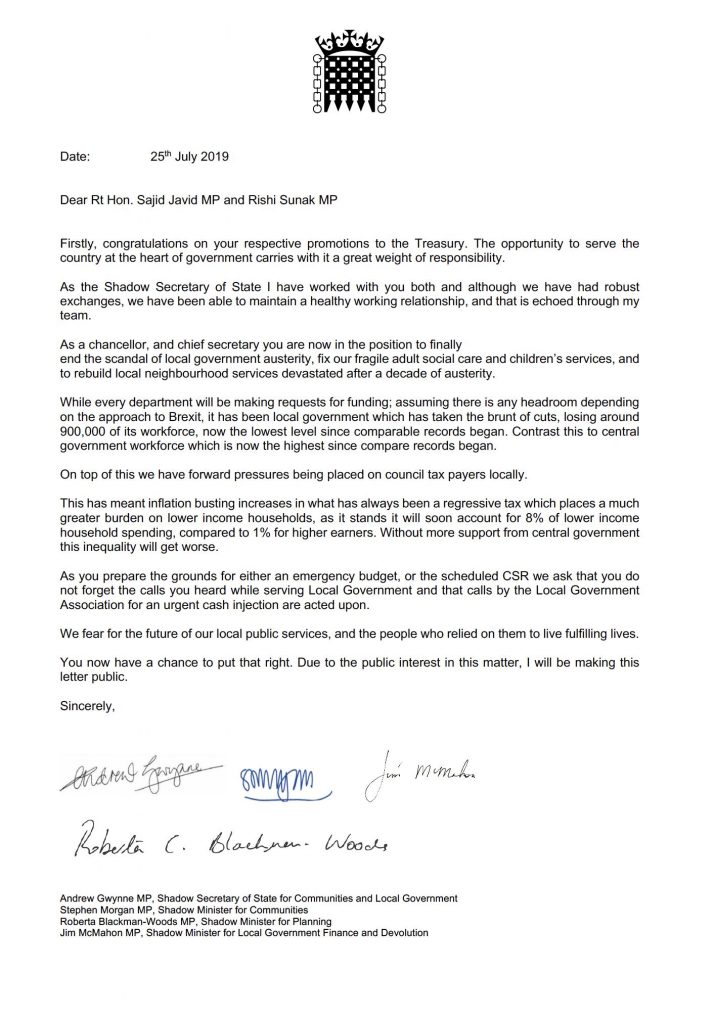