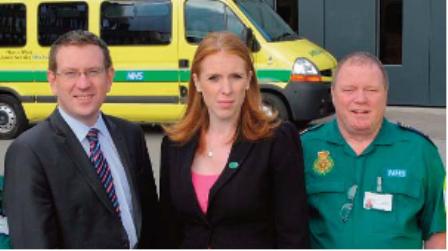 Blackpool CCG, who awarded the contract for Greater Manchester to Arriva, has said that this has impacted on both reported service performance standards and contractual payments.

They have now withdrawn from the tendering process for the renewal of the contract next year.

“This news is hardly a revelation. Fifteen thousand people signed a petition against letting Arriva undercut the North West Ambulance Service, and all the evidence showed they weren’t capable of delivering the high-quality service we deserve. That they have failed to live up to the standards we expect is not surprising to anybody who warned about their failings.

“This whole process has wasted public money and caused misery for vulnerable patients.

“Serious questions now need to be asked – not just about Arriva, but about the commissioners too. The whole sorry affair only goes to show what happens when you try to sell off our NHS services on the cheap.”

“We are fully aware of the situation and our main priority now is securing improvements of the service provision in Greater Manchester and consider how we do this going forward.”