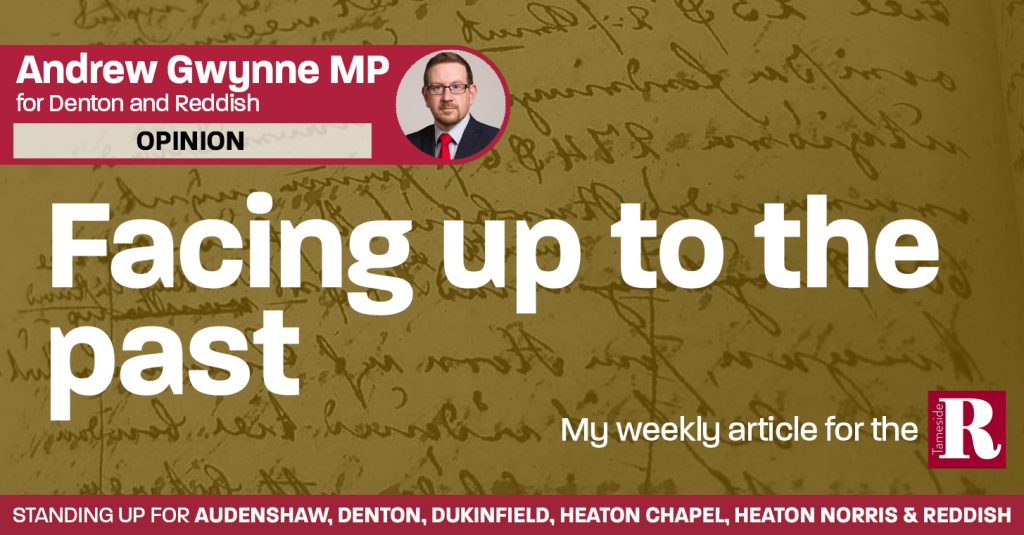 I’m sure many of you will have seen the terrible scenes of violence at protests over the past few weeks. Whilst the reasons for these protests are many and complicated, the issue of history and how we collectively remember the past has been central to many of them. The violence – which we cannot and should not condone – and anger that we have seen is evidence of just how emotive history is.

People feel strong personal connections with figures that lived – and events that took place – long before they were born. History is, after all, our shared story. It is precisely because we feel some sort of ownership over history that passions flare up when somebody else gives a different perspective. Just as we tend not to like to focus on the darkest bits of our own personal or family histories, it can be difficult as a nation – or a community – to face up to negative elements of our collective history.

As difficult as this is, I think that it is really important. We can’t get a full understanding of history if we are only willing to listen to the bits that we like, and we can’t learn from history if we don’t fully understand what took place.

This goes for Tameside as much as anywhere else. Much of the debate in recent weeks has focused on Britain’s colonial history and in particular the country’s shameful role in the slave trade. Two very prominent Tameside families owned slaves, who worked on their plantations in the Americas – the Duckenfields and the Hyde-Clarkes.

John Duckenfield was particularly heavily involved, running slave ships that took almost six and a half thousand men, women and children away from their homes in Africa across the Atlantic Ocean. Over a thousand did not survive the voyage.

When I visit St Lawrence’s Church in Denton, I see a memorial to George Hyde Clarke who paid for many repairs to the church. He was a slave-owner with a large estate in Jamaica with 220 slaves. His son, also George Hyde Clarke, was awarded around £4,800 to compensate for his 241 slaves when slavery ended.

We shouldn’t pretend that these links between Tameside and one of the most shameful elements of British history do not exist. Instead, we should seek to understand the context of the time and learn lessons from these terrible mistakes.

History is complicated and we shouldn’t pretend otherwise.