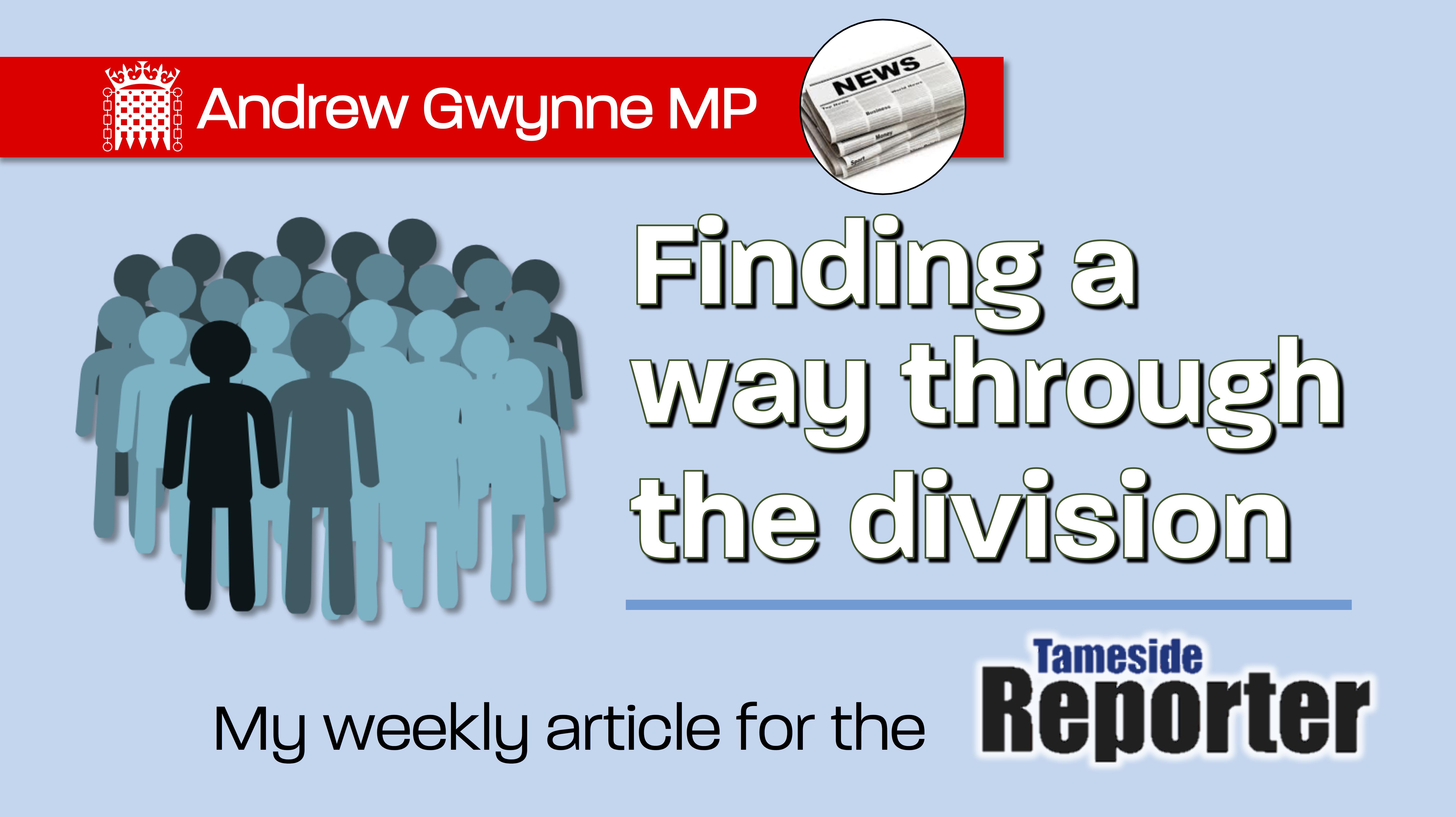 Three years ago, Parliament decided to ask the British people, in a referendum, whether they wanted to remain or leave the European Union.

If you’re not prepared to accept an answer, then you don’t ask the question. We did ask the question and the response from the public was clear: 52% of the electorate across the UK voted to leave, as did 61% of Tamesiders.

I accept the result of the referendum.  That’s why I voted to trigger Article 50, the process by which we leave the EU.  But it’s also fair to say the Government has made an almighty mess of the ensuing negotiations.

Upon losing her Parliamentary majority in that ill-fated snap General Election in 2017, Mrs. May should’ve reached out across the country to try and unify as many of those who voted either leave or remain as possible.  Because she didn’t, we now find our country more divided and more polarised than ever before.

She could, at that stage, have worked across Parliament to find something that could command a parliamentary majority.  Not everybody would get everything they wanted, but that’s the nature of a referendum outcome where the country was almost evenly divided.  Her failure to do this is part of the reason her Withdrawal Agreement has now been defeated three times in Parliament.

Now to bust a few myths.  Whilst leave won, not everybody who voted leave in 2016 did so for the same reasons.  I’ve received very substantial numbers of Brexit letters and emails from constituents recently and, the splits in opinion make very interesting reading; so here is the analysis:

But opinion between those categories is split, too.

Amongst the ‘leave’ correspondence, 651 (30% of all the Brexit correspondence) are demanding we leave with No Deal, and 717 (33%) have asked me to support a softer Brexit – customs union, EFTA, Common Market 2.0.

Amongst the ‘remain’ correspondence, 435 (20% overall) similarly urge me to support a softer Brexit, recognising that leave won; 369 (17%) want a second referendum, to further delay or revoke Article 50 or demand just to remain.

What do I take from this?

As I write this article, I don’t know what the outcome of Monday’s indicative votes will be, or even whether Parliament will come to a view on anything. Nor is there any certainty as to whether the Government or the EU27 will even accept the outcome of the indicative votes. Indeed, the only certainly is that the UK leaves the EU on 12 April with or without a deal. Whatever happens, let’s just hope the country can reunite again.