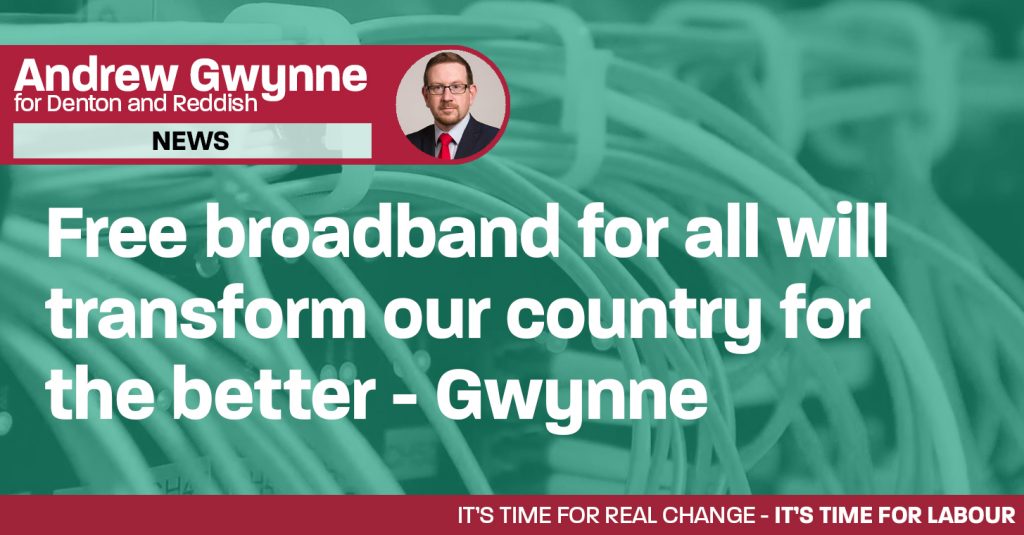 In Lancaster today, Labour Leader Jeremy Corbyn set out plans to deliver fast and free full fibre-broadband for all by bringing parts of BT into public ownership and creating a new British Broadband public service.

This would include a massive upgrade in the UK’s internet infrastructure, delivering fast, secure, reliable internet connections for everyone and putting an end to patchy and slow coverage, boosting 5G connectivity across the country.

The roll out will begin with communities that have the worst broadband access, including rural and remote communities and some inner city areas, followed by towns and smaller centres, and then by areas that are currently well-served by superfast or ultrafast broadband.

The plan will be paid for through Labour’s Green Transformation fund and taxing multinational corporations such as Amazon, Facebook and Google, and save the average person £30.30 a month.

According to research by the Centre for Economics and Business Research, a full-fibre broadband network could boost productivity by £59 billion by 2025; bring half a million people back into the workforce; and boost rural economies, with an estimated 270,000 people more able to move to rural areas.

“In the 21st century, use of the internet has changed from being a luxury to being an essential utility and far too many people are receiving a poor or overly expensive service.

“These are the kind of bold and ambitious plans that this country needs to meet the challenges of the 21st century and will transform the way that both businesses and families do things.

“It is right that the internet giants are taxed appropriately and providing free internet for all is a fair way of using the income from these taxes.”