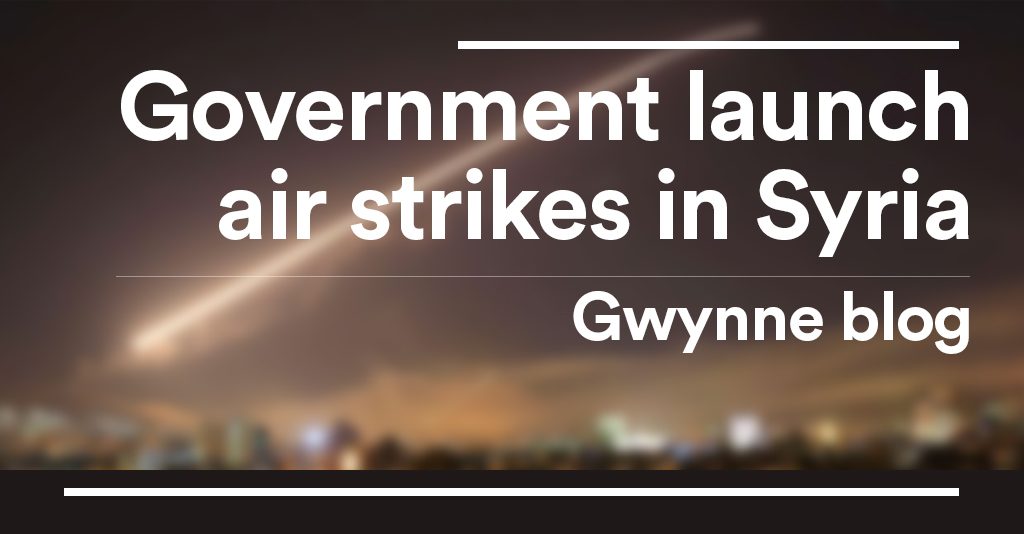 I’m not a pacifist. I believe it is sometimes right for one country to use military intervention to halt crisis, protect humans from brutal treatment or to stop a far greater evil.

Lack of western intervention in Bosnia allowed for mass genocide to be perpetrated on mainland Europe once again; a black chapter in our continent’s modern history and one that was almost allowed to be repeated in Kosovo. Intervention undoubtedly saved many innocent lives from being lost.

But it is the history of Britain’s involvement in Afghanistan and Iraq which has cast some of the longest shadows on our country’s modern foreign policy, and by which – rightly or wrongly – all future interventions are judged.

And, on Iraq, I think of the words carved onto the gravestone of the Labour Foreign Secretary, the late Robin Cook. “I may not have stopped the war but I secured Parliament’s right to vote on war”. How very apt at this time.

At all times since Iraq, Parliament – by convention – was asked for approval for any action to be taken. It is absolutely right that this becomes the norm in a so-called Parliamentary democracy, and it is one of the most difficult decisions an MP will ever have to take.

In committing RAF planes to join US and French air strikes in Syria, the Prime Minister has broken this convention. She hasn’t acted outside of her powers; war remains a Crown Prerogative delegated to the Prime Minister – but it is bad practice since Prime Ministers Blair, Brown and Cameron all accepted the convention of involving Parliament.

My second concern is the long-term impact of our involvement because, for any such intervention to work, there has to be a clear aim and strategy.

And this is where the Prime Minister’s action baffles me. To authorise military action the day before the Organisation for the Prohibition of Chemical Weapons go into Syria makes absolutely no sense; nor do I believe last night’s targeted air strike will bring to an end the brutal civil war or help tackle the humanitarian refugee crisis in any way.

A sensible strategy would be to use international bodies to identify and destroy the chemical weapons; to help facilitate a ceasefire between the Assad regime (which I loathe, but even the PM says this isn’t about regime change) and the rebels (many of whom are frankly no better); and to help create circumstances where the refugees can return home and rebuild their lives in peace. These are all things the British Government should be concerned about, but none of which I can see at this time.

And on this point, does the Government share President Trump’s view that a “sustained” response is needed to tackle Assad’s regime, or with the US Defense Secretary Mattis’s view that this was a “one time shot”?

These are big questions to which Parliament and the public needs absolute clarity from the Prime Minister.

Like many of my constituents, I want to hear from Mrs May about precisely what her strategy is and why she thinks this will make the situation better and not worse. I remain to be convinced.