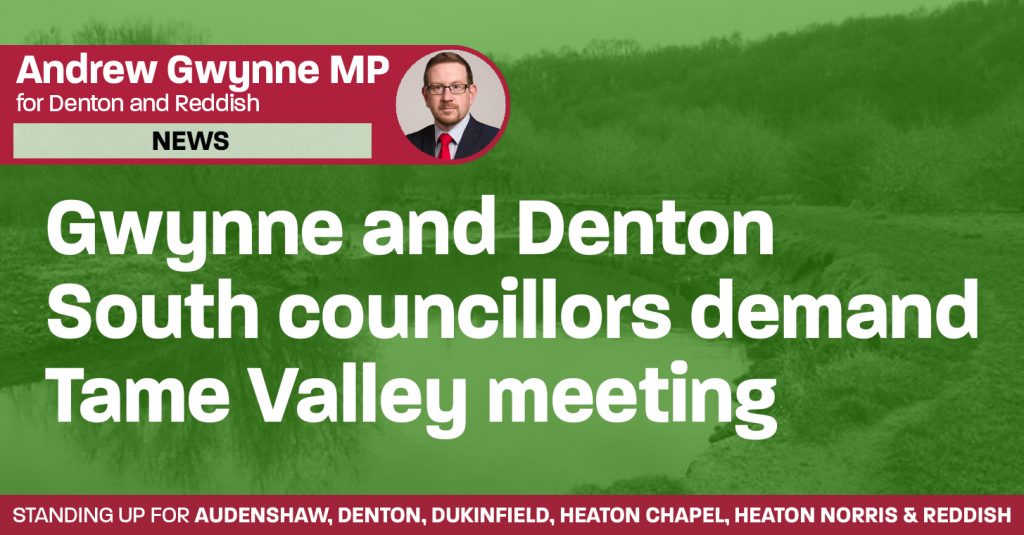 Today, Denton and Reddish MP Andrew Gwynne and Denton South Councillors George Newton, Claire Reid and Jack Naylor have written to Stockport Council Leader Cllr Elise Wilson demanding she meets with them in the Tame Valley to see first-hand the devastation her council’s plans will have.

Stockport Council are planning to extend the Bredbury Industrial Estate deep in to the Tame Valley right up to the river border with Tameside. The Denton South Councillors and Andrew Gwynne MP are furious with the proposals which will have “devastating consequences” for Haughton Dale Local Nature Reserve and the wider Tame Valley.

The MP and Denton South Councillors are today:

“This major development will have a devastating impact on local biodiversity, air quality and access to green space. This reckless proposal must be withdrawn.”

“The Tame Valley is precious to both Stockport and Tameside people. Its creation into a linear countryside park stretching from Saddleworth to Stockport was the former Greater Manchester Council’s gift to the area in the 1970s.

“Its destruction will be Stockport Council’s legacy if these plans aren’t dumped now.”