Gwynne and MPs demand end to ‘fire and rehire’ 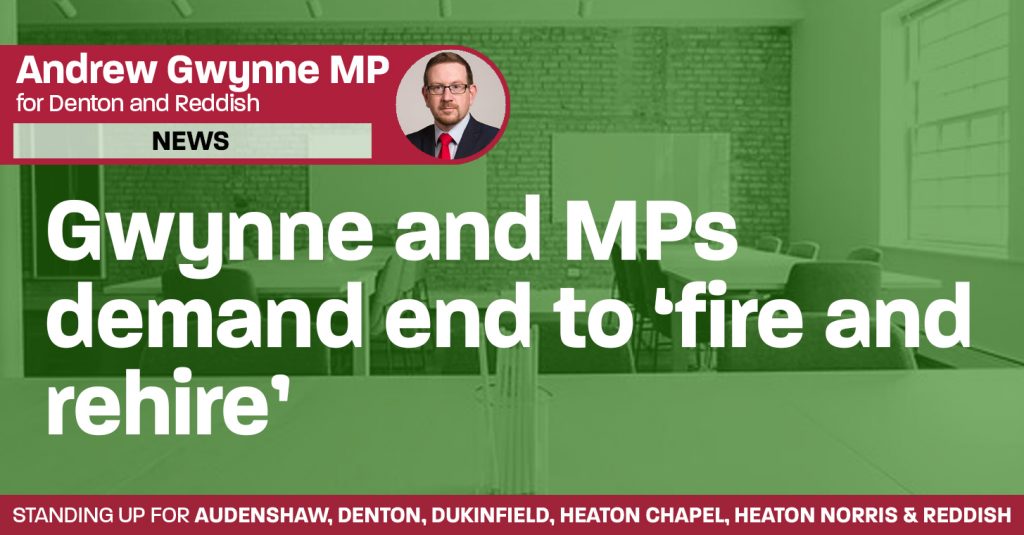 Andrew Gwynne, MP for Denton and Reddish, has joined other MPs in writing in an open letter to the Business Secretary to call for an end to the practice of ‘fire and rehire’.

The letter, co-ordinated by Gavin Newlands MP, urges Business Secretary Alok Sharma to adopt Newlands’ Employment (Dismissal and Re-employment) Bill on behalf of the Government or to introduce some alternative form of it.

The Bill would prevent employers from forcing workers to sign up to wage cuts and inferior conditions under threat of dismissal.

Hundreds of thousands of workers have been on the receiving end of these tactics, including employees of companies such as British Airways and Centrica.

Without backing from the Government, the Bill is unlikely to be considered by Parliament.

“It is deplorable that some businesses are using the ongoing crisis to push their workers into accepting inferior pay and employment conditions.

“I fully recognise that businesses are going through a very difficult period – and the Government should do what it can to support them through this – but the tactic of firing and rehiring is absolutely unacceptable.

“The Government needs to act urgently to address this scandal and adopting this legislation is the quickest and easiest route to ending this practice once and for all.”