Gwynne and the BHF commit to cleaning up air 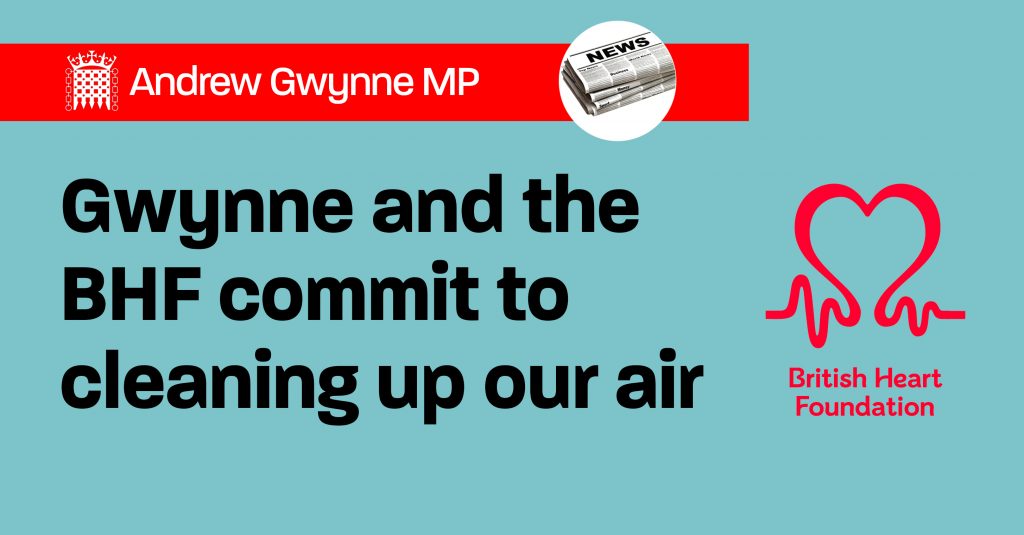 Andrew Gwynne, MP for Denton and Reddish, met with the British Heart Foundation (BHF) at the Labour Party Conference in Brighton to discuss the need for urgent action to clean up the nation’s air.

Every year in the UK, air pollution is responsible for 11,000 heart and circulatory deaths. Fine particles, known as PM2.5, are so small that we can’t see them in the air around us or avoid inhaling them as we breathe. They then enter the bloodstream, where they can increase the risk of heart attack or stroke.

The UK currently subscribes to EU legal limits on PM2.5. However, these are not as strict as the guidelines recommended by the World Health Organization (WHO), which the BHF is calling for the UK Government to adopt.

As the largest independent funder of cardiovascular research in the UK, the BHF is committed to accelerating research into understanding the impact that air pollution has on the heart and circulatory system, and how to combat it.

All of this can put people living with some existing conditions, such as coronary heart disease, at increased risk of heart attack or stroke. Worryingly, there are an estimated 10,000 people living in Denton and Reddish with a heart and circulatory condition. Air pollution can also have a detrimental impact on people with healthy hearts.

During the party conference, Gwynne met with the BHF’s policy team to discuss why air pollution is a public health emergency, and the BHF’s call for the Government to commit to adopting WHO guidelines on air pollution by 2030.

“It was great to learn about the work that the British Heart Foundation in doing in the fight against air pollution.

“It is clear that air pollution is a public health emergency and that action needs to be taken urgently to clean up our air.

“I agree with the BHF that adopting the WHO’s guidelines would be an important step in the right direction in achieving this goal.”

“Air pollution can have devastating impacts on the heart and circulatory system, as well as the lungs.

“Air pollution is the biggest environmental threat to health in the UK, with around 11,000 deaths a year from heart disease and circulatory conditions like stroke attributed to long-term exposure to polluted air.

“We need to see stricter guidelines on air pollution as a matter of urgency. We’re delighted that Andrew shares our commitment to ensuring that we have clean air that is safe to breathe.

“We now need Government to put this commitment into practice by including binding WHO air quality limits in law and guaranteeing our air is safe to breathe by the end of the next decade.” 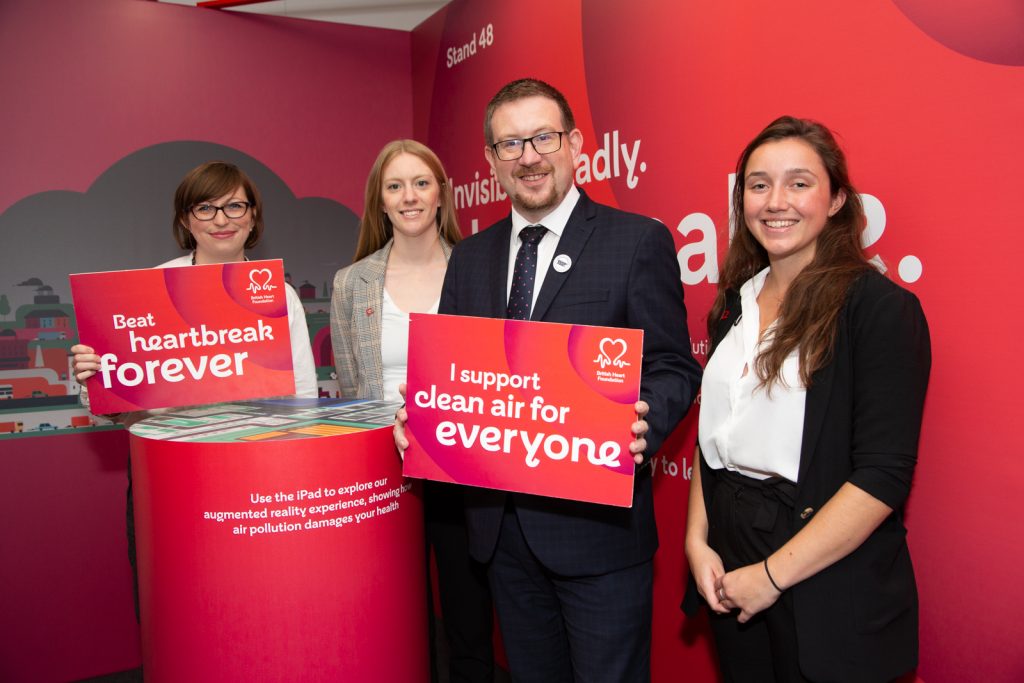