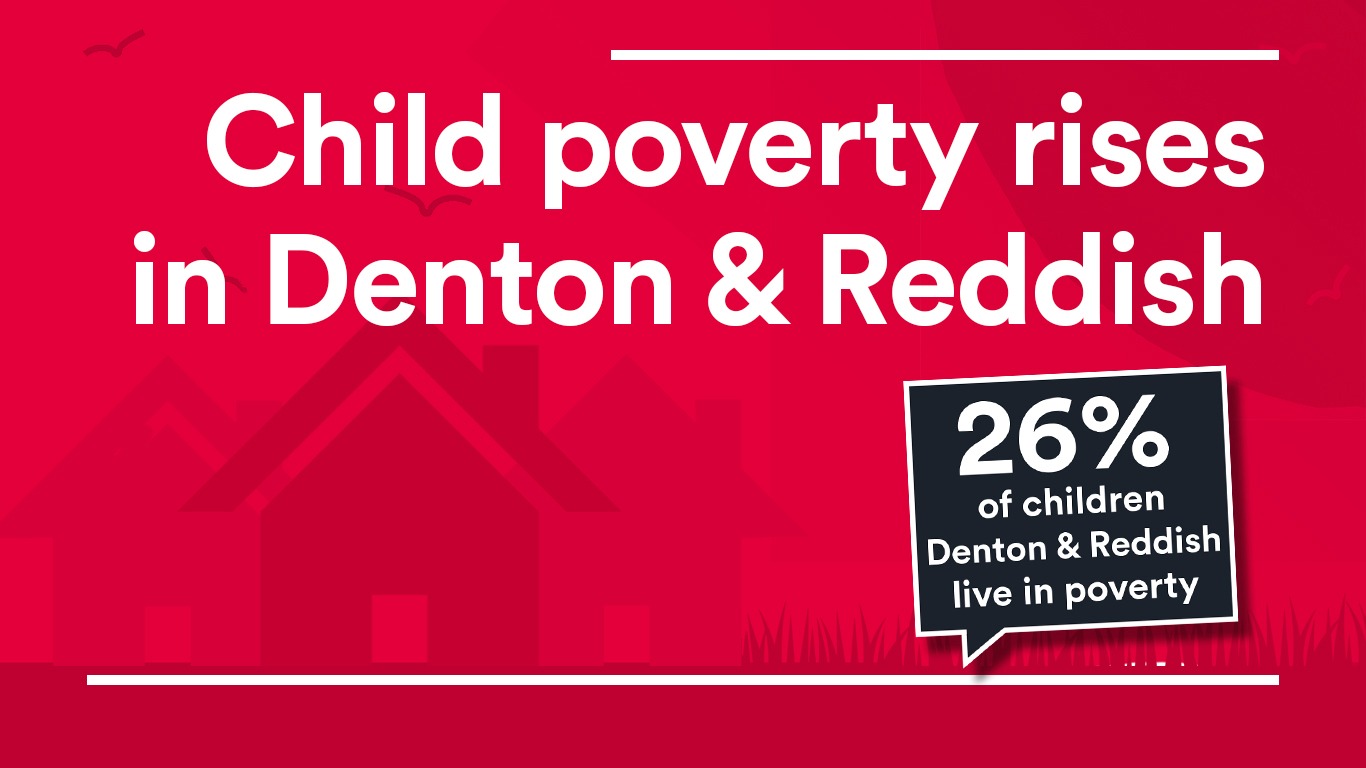 Denton and Reddish MP, Andrew Gwynne, has reacted with anger as new statistics show that child poverty has risen in the past year, both nationally and locally.

Under the Tories the UK had already seen the biggest increase in child poverty in a generation with 4 million children living in poverty[1] throughout the UK which amounts to 30% of all children or 9 in a classroom of 30.

Locally, findings revealed by End Child Poverty found that in the Denton and Reddish constituency there are an estimated 4,970 children living in poverty which accounts for over a quarter of all children living in the constituency (25.8%). This shows an increase compared to figures for 2017, [2] and a rise of over 25% since 2012.

Families experience poverty for many reasons, but its fundamental cause is not having enough money to cope with the circumstances in which they are living. Sadly, in 2015 the Tories scrapped children poverty targets which had been implemented by the last Labour government, meaning they have no legal duty to tackle the number of children in poverty.

Child poverty imposes costs on broader society – estimated to be at least £29 billion a year[3]. Governments forgo prospective revenues as well as commit themselves to providing services in the future if they fail to address child poverty in the here and now.

Charities such as Barnardo’s link the rise in child poverty to broader Government policy, with specific reference to closures in Sure Start Centres and changes to in-work family benefits. The charity argues that during the period 2010/11 to 2015/16, the annual children centres expenditure has decreased sharply from £1.2 billion to an estimated £740 million.[4] As a result more than 350 Sure Start children’s centres have closed in England since 2010 adding greater financial pressures on families.

Added to this, research by the Institute for Fiscal Studies (IFS) forecasts that under current plans for changes to benefits, including the rollout of universal credit, absolute child poverty is set to increase from 27 per cent to 31 per cent by 2021.[5]

“No child growing up in Britain today should ever have to grow up in poverty. For the children who do, poverty represents a real barrier to them reaching their full potential.

“Increasing child poverty is a direct result of this Government’s utter failure to tackle the increasing cost of living, stagnating wages and their slashing of social security support.

“Sadly, these figures will not come as a surprise to many who witness the effects of poverty on children and families every day, this includes more and more children coming to school tired and hungry because their parents cannot afford to provide meals at home.”