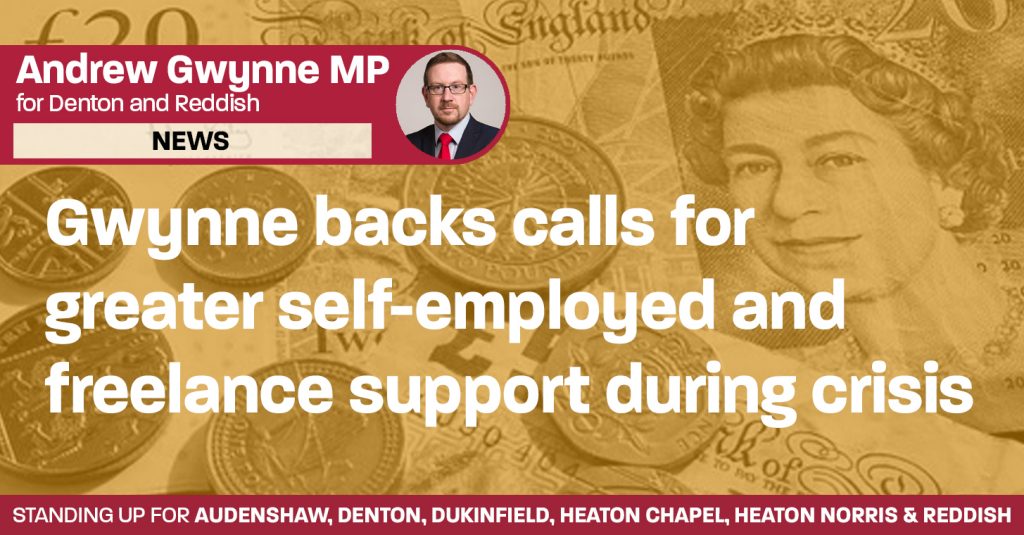 Andrew Gwynne, MP for Denton and Reddish, has shown his support for ForgottenPAYE’s campaign for greater support for self-employed and freelance workers during the Coronavirus crisis.

ForgottenPAYE represents 1.59 million PAYE freelancers and a total of 2.47 million taxpayers excluded from support because of the 50% PAYE rule, where more than 50% worked as PAYE disqualifies any eligibility for SEISS).

These taxpayers have had to survive without any income or government support for nearly six months. They were the first to lose jobs and many face the daunting prospect of being out of work well into the autumn or probably even next year as the economy dives deeper into recession and the furlough comes to an end.

In the Government’s response to the Treasury Committee’s Interim Report, Chancellor Rishi Sunak specifically referred to PAYE Freelancers and admitted that they were not eligible for either of the two main support schemes.

“I strongly support the ForgottenPAYE campaign – it is wrong that hundreds of thousands of taxpayers were excluded from financial support through this incredibly difficult time.

“I have heard countless stories from constituents and others who have been forced into real financial hardship through no fault of their own. Whilst others have rightfully received meaningful support from the Treasury, this group have been forced to burn through savings, borrow money from family, take out loans or take desperate financial decisions.

“This is fundamentally unfair and the time for action from the Chancellor is long past due.”