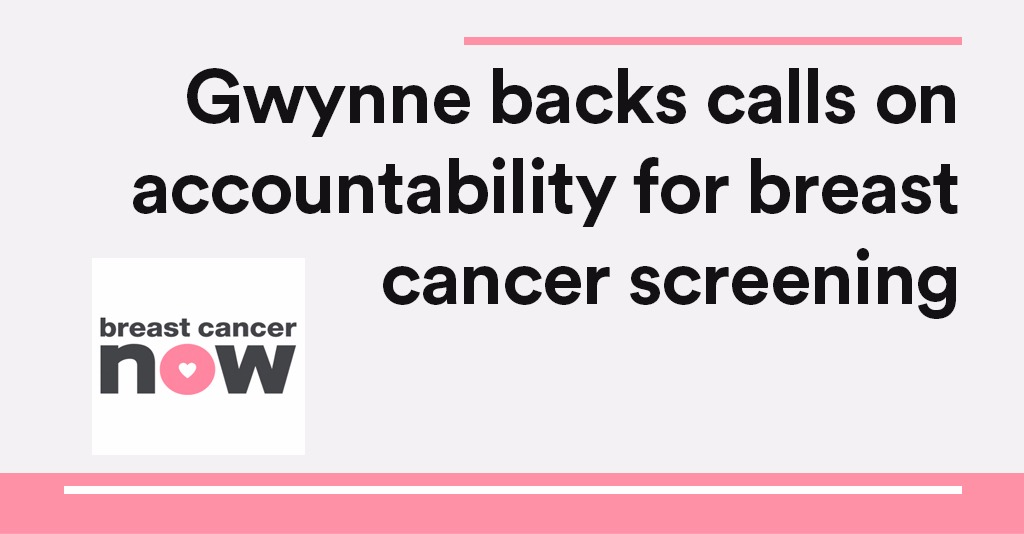 Denton and Reddish MP, Andrew Gwynne, is joining calls from leading charities in calling for the Government to clarify responsibility for the breast screening programme and ensure a senior authority is accountable for delivering screening.

Last year, it emerged that a number of women in England may not have been invited to their final routine breast screening appointment. The Independent Breast Screening Review was published yesterday, which investigated the circumstances of the incident, the impact it had on women affected, and made recommendations to prevent similar errors occurring in the future.

Following this, the then Health Secretary Jeremy Hunt, was told his statement to the House of Commons in May 2018, where he said that nearly 500,000 women had not been invited for breast cancer screening and that 270 may have died needlessly was based on wrong advice, an independent inquiry has found.

The Review itself (1) found that:

375 women in the Denton and Reddish constituency, were told they may not have been sent an invitation to their final routine breast screening. In response, Gwynne has laid several Parliamentary Questions to push the Government to deliver on the recommendations of the report.

“I was shocked when it was revealed that women up and down the country were caused unnecessary distress over the breast screening invitation error.

“I completely support the calls of charities such as Breast Cancer Now, who are calling for the Government to clarify responsibility for the screening programme and ensure a senior authority is accountable for delivering screening.”