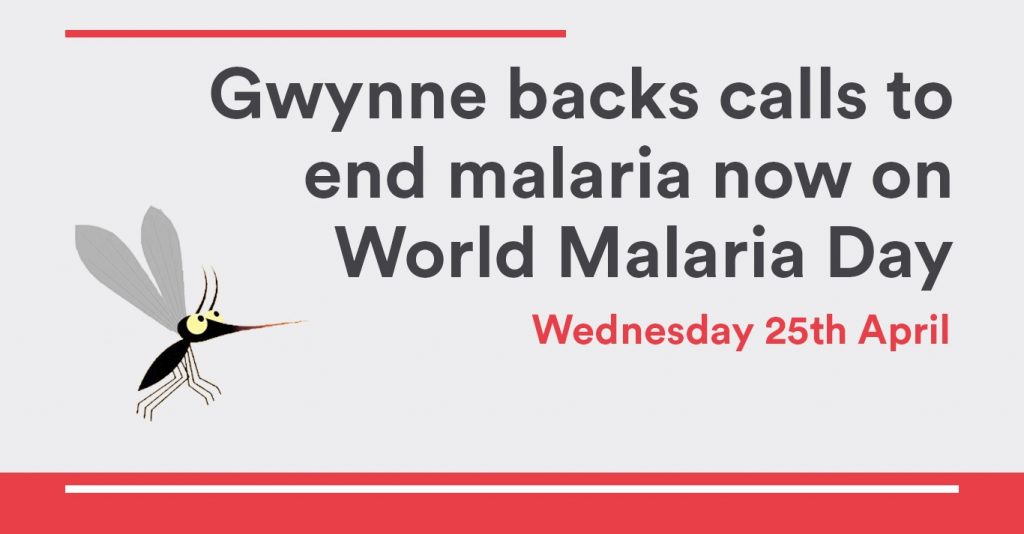 Denton and Reddish MP, Andrew Gwynne, has joined health groups and charities in championing the battle to end malaria with this year’s World Malaria Day theme, Ready to Beat Malaria which underscores the collective energy and commitment of the global malaria community in uniting around the common goal of a world free of malaria.

On World Malaria Day 2018, the World Health Organization (WHO) and its partners are calling on all concerned parties to be ready to end malaria – a disease which can be fatal and which affects millions of people, claiming thousands of lives annually. This year’s World Malaria Day coincides with activities to commemorate the 70th anniversary of WHO – over the last 7 decades, WHO has been providing support to countries to fight malaria.

Ready to Beat Malaria is the theme of this year’s day. The theme underscores the collective energy and commitment of the global malaria community in uniting around the common goal of achieving a malaria-free world.

Malaria is a life-threatening disease caused by parasites that are transmitted to people through the bites of infected female mosquitoes. Luckily it is a preventable and curable disease, yet the global burden of this disease is very high. According to the latest “World Malaria Report”, released in November 2017, there were 216 million cases of malaria in 2016, up from 211 million cases in 2015. The estimated number of malaria deaths stood at 445 000 in 2016, a similar number to the previous year (446,000).

“I join the World Health Organization and their partners in calling for urgent action to get the global fight against malaria back on track.

“After years of progress we are seeing recorded cases of malaria on the rise across the world, but with new prevention methods like insecticide-treated mosquito nets, indoor residual spraying of insecticides & preventive therapies have significantly reduced malaria in certain parts of the world.”