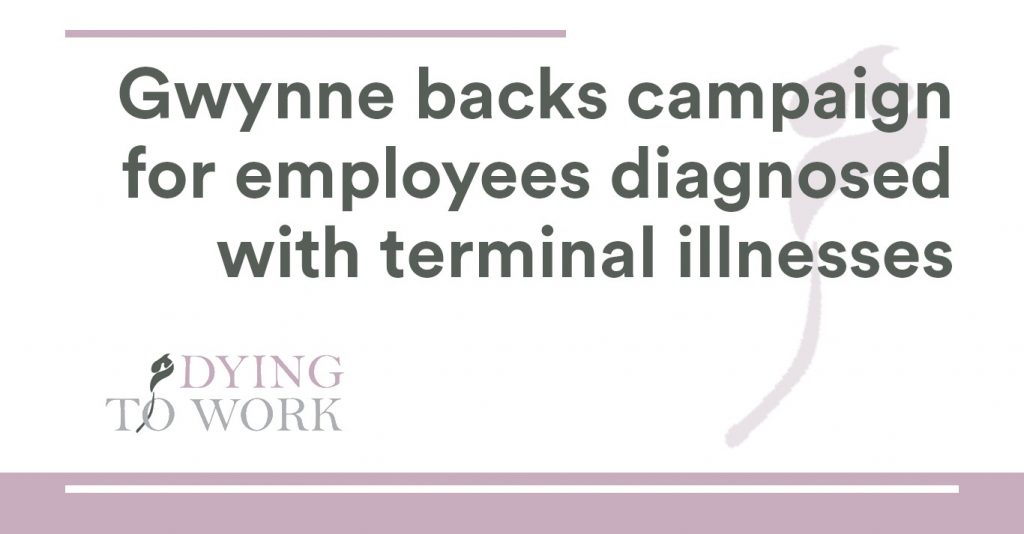 Denton and Reddish MP, Andrew Gwynne, has made a commitment, by signing the TUC ‘Dying to Work Charter’, to support and protect any of their employees who become terminally ill.

Since its launch in April 2016, The TUCs ‘Dying to Work’ Voluntary Charter now protects over half a million employees with companies such as Legal and General, Santander, Co-Op, Carillion, Rolls Royce, Bombardier, Weetabix and the Royal Mail joining E.On and signing up along with a number of public sector bodies including NHS trusts, police authorities and many local authorities.

The Dying to Work campaign was set up following the case of Jacci Woodcook, a 58-year-old sales manager from Derbyshire, who was forced out of her job after being diagnosed with terminal breast cancer. The campaign is calling for a change in the law to prevent the same thing happening to other working people.

The Dying to Work campaign would like to see terminal illness recognised as a ‘protected characteristic’ so that an employee with a terminal illness would enjoy a ‘protected period’ where they could not be dismissed as a result of their condition. Such protection would give every person battling terminal conditions the choice of how to spend their final months and the peace of mind to know their job was protected and the future financial security of their family was guaranteed.

“It is shocking to think that if people with terminal illnesses are dismissed or forced out of their jobs that their loved ones will lose the death in service payments that the employee has planned for and earned through a life-time of hard work.

“That is why I am proud to have signed the TUC ‘Dying to Work’ charter to protect my employees and I will be encouraging businesses in my constituency to follow suit and sign up to the TUC’s voluntary charter. In addition, I hope something will soon be done to ensure that every individual with terminal illness will receive the protection and support they deserve.”

“Serious illness is tough enough without having to put up with extra hassle at work. Everyone can surely agree that terminally-ill workers deserve protection. That’s why unions, MPs, employers and charities are coming together to ensure that workers get the support and protections they need when times are toughest.” 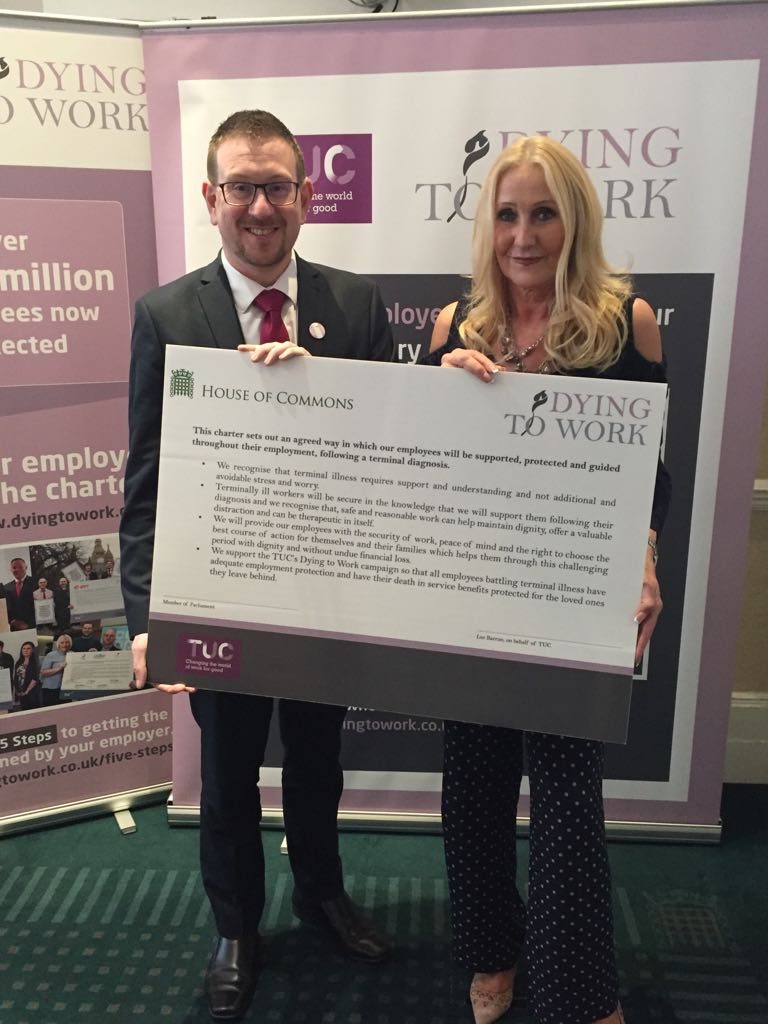