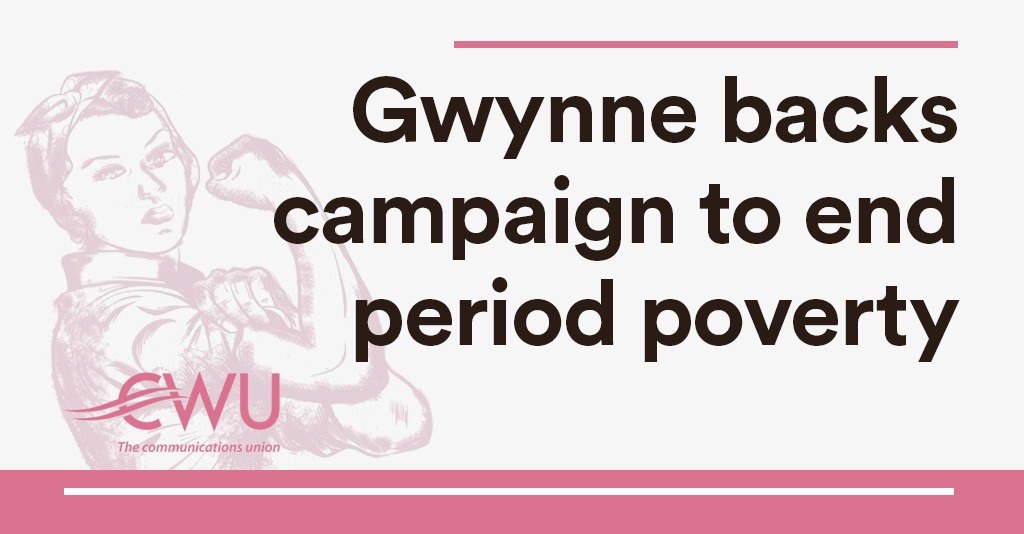 Denton and Reddish MP, Andrew Gwynne, has joined the call by the Communications Workers Union (CWU) to make period products free for anyone who needs them.

At the parliamentary event in Westminster in September, Gwynne met with representatives from the Union to hear about their campaign to bring forward the day when no one has to rely on charity to tend to their period needs.

The CWU highlighted the fact that basic period products will cost around £5000 over a woman’s lifetime, and that many people who cannot afford them are reliant on charity or resort to using unhygienic alternatives. At the same time, it is estimated that 137,000 girls in the UK skipped school last year because they didn’t have the period products they needed.

Gwynne heard about ground-breaking plans in the Scottish Parliament to give universal free access to period products across Scotland. The proposed system, which has been piloted in several localities, will run in the same way as people currently access free condoms.

After the event Andrew Gwynne said:

“It’s a scandal that young women in Denton and  are missing school days because of period poverty, and that people here are going without these basic necessities.

“There really is only one way to end period poverty and that’s to make these products universally and freely available. Scotland is leading the way on this, and we must follow their example.”

“We’re delighted that Andrew has pledged to help us in our campaign. This is a human rights and gender equality issue. We will also be urging that employers be more responsive to the issues faced by many of our members, who are outdoors workers and not always equipped with what they need, or told the location of toilets when they are out and about”. 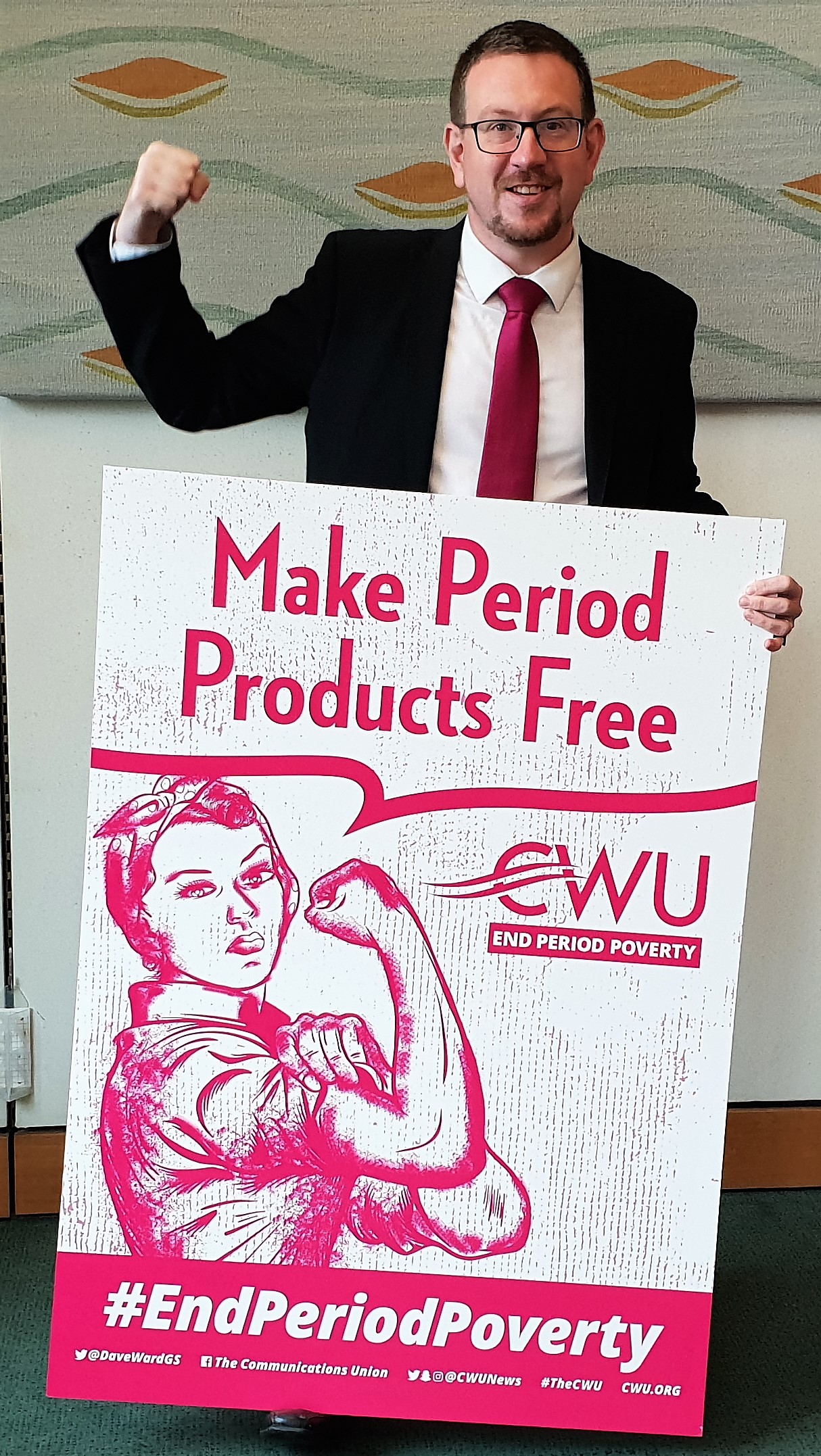