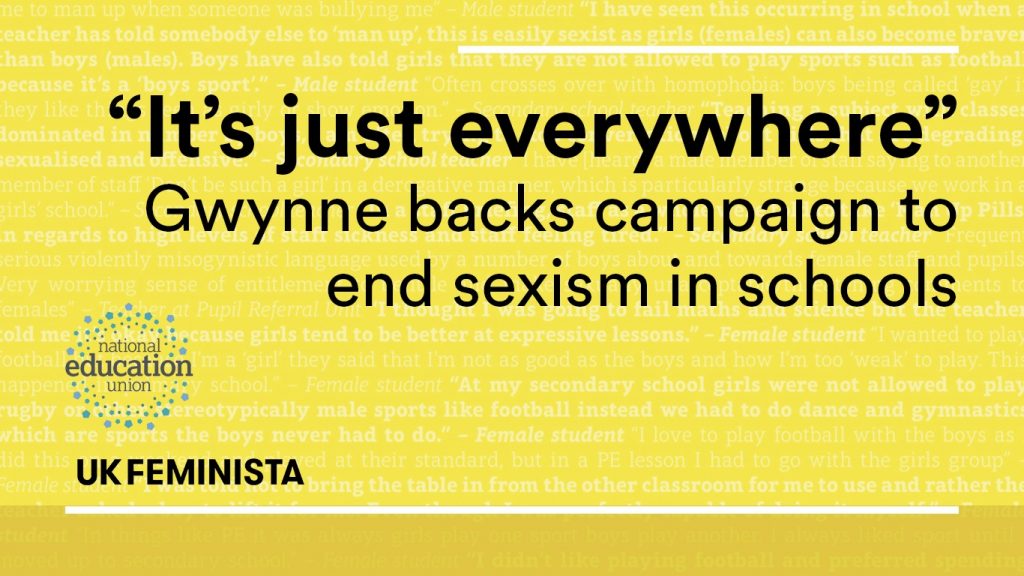 Denton and Reddish MP, Andrew Gwynne, has declared that ‘both girls and boys can do anything‘ as he backs a joint National Education Union and UK Feminista study on sexism in schools, and the ways in which we can tackle it.

The report’s findings show that sexist language and gender stereotypes are a typical feature of school culture, contributing to a climate in which sexual harassment is commonplace. The main findings include:

While sexism in schools is endemic, it is not inevitable. The report argues that consistent and ongoing action by government, Ofsted and schools will tackle the problem effectively. The various education bodies are being encouraged to:

“I’m was shocked at some of the top line figures coming out of this report, it brings into sharp focus the very real problems experienced by hundreds of thousands of girls and boys.

“I endorse the recommendations of this report and urge all parts of the education sector to sign up.”