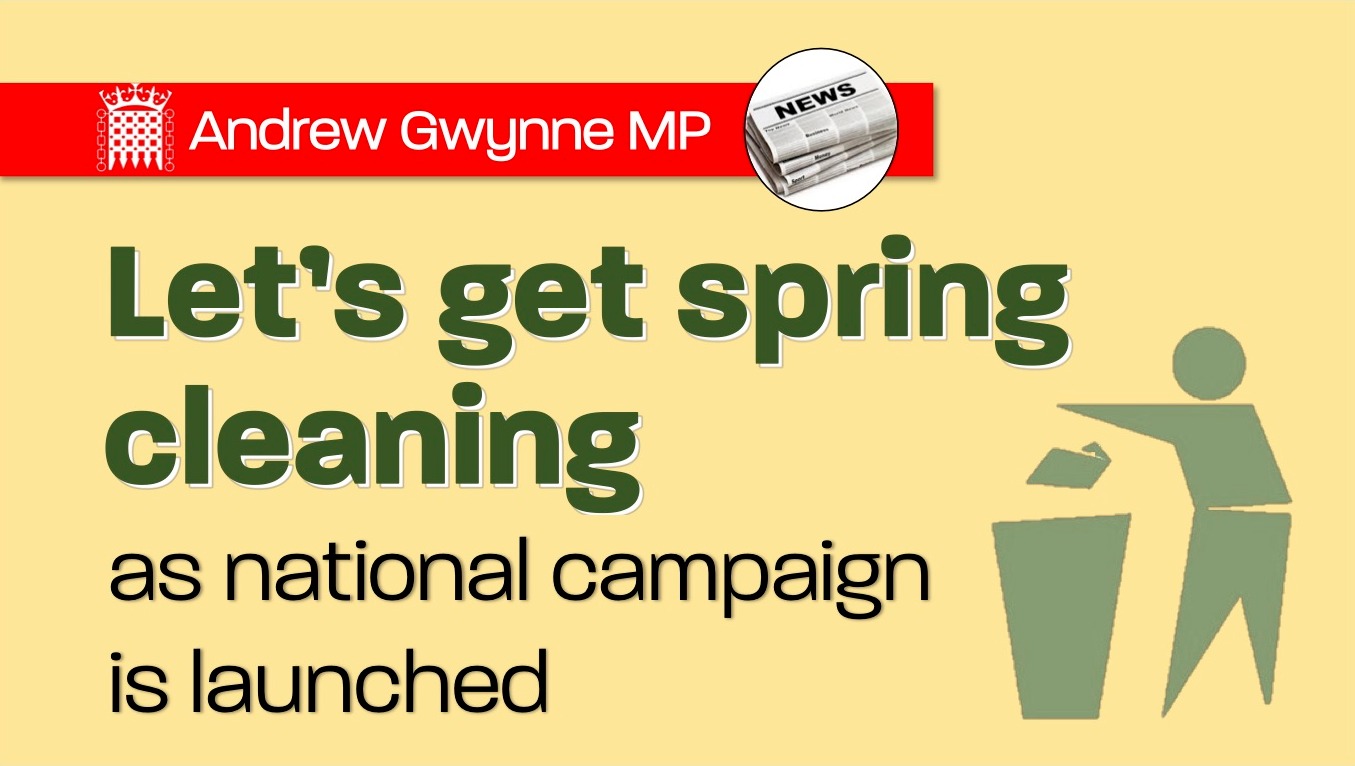 The campaign, which runs from March 22nd to April 23rd, will see up to half a million people taking action to clean up streets, parks and beaches across the country.

The Great British Spring Clean brings together individuals, community organisations, businesses and councils to make a difference to the environment on our doorstep and in 2018 around 370,000 #LitterHeroes collected more than 630,000 bags of rubbish.

The Great British Spring Clean is the country’s biggest mass-action environmental campaign. The campaign was first run in 2017. In 2018, despite the Beast from the East, more than 371,566 #LitterHeroes volunteers took part including more than 126,651school children. In total 13,500 events were held over the campaign period (2nd – 4th March2018) and 300 local authorities took part.

“I was delighted to offer my backing to the Great British Spring Clean. It’s a great chance for people the length and breadth of the country to do something amazing for their local community.”

“The Great British Spring Clean is an opportunity for the millions of people who care about the environment on their doorstep to do something positive that will make a visible difference.

“Regardless of politics, everyone can agree that tackling the litter pollution that despoils our country is something we should all support and it is fantastic to have the support of Gwynne to help us reach our target of getting 500,000 people out, taking action to clean up every corner of the country.”

To find out more about the Great British Spring Clean visit www.keepbritaintidy.org