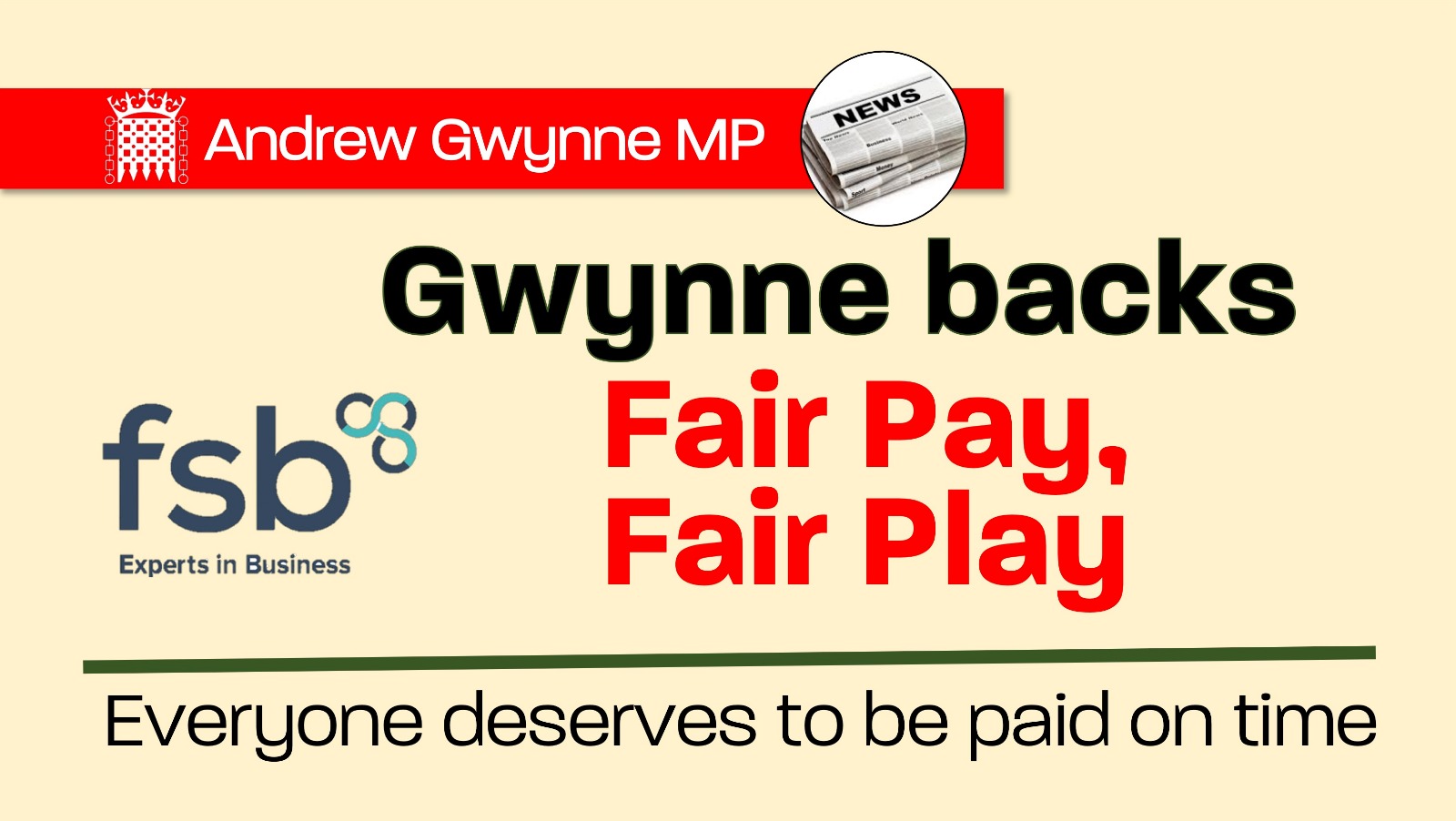 Denton and Reddish MP, Andrew Gwynne, has thrown his support behind the Fair Pay, Fair Play campaign, which seeks to end the practise of unreasonable payment terms, supply chain bullying and late payments to businesses, small and large.

Poor payment practice is an epidemic plaguing far too many small businesses in the UK. The damaging impact of such practices was brutally exposed after the collapse of Carillion.

FSB research shows that the vast majority (84%) of small firms report being paid late, with a third (33%) saying at least one in four payments they’re owed arrives later than agreed. Nine out of ten public sector suppliers say that they have been paid late.

The campaign calls on Government to:

Assign Non-Executive Directors responsibility to prevent late payment:
Large businesses should be required to assign a Non-Executive Director responsibility for payment practice and supplier relationships, by chairing a Supply Chain Committee or include supplier relationships in chairing the Audit Committee, and be required to provide a summary of their activity for the company’s Annual Report.

Adopt Project Bank Accounts:
Project Bank Accounts should be adopted as the truly default choice for major procurement projects, with proper parliamentary oversight to ensure accountability. For any major construction project, a ministerial statement should be made to Parliament if project bank accounts are not used.

“Government dithering on changing practises around late payments is hitting our small businesses. The Government is failing to take action on the scandal of late payments, even where it can have direct influence such as in the Carillion debacle.

“Labour will take tough action on late payment to help sub-contractors. We will use government procurement practices to ensure that anyone bidding for a government contract pays its own suppliers within 30 days.”