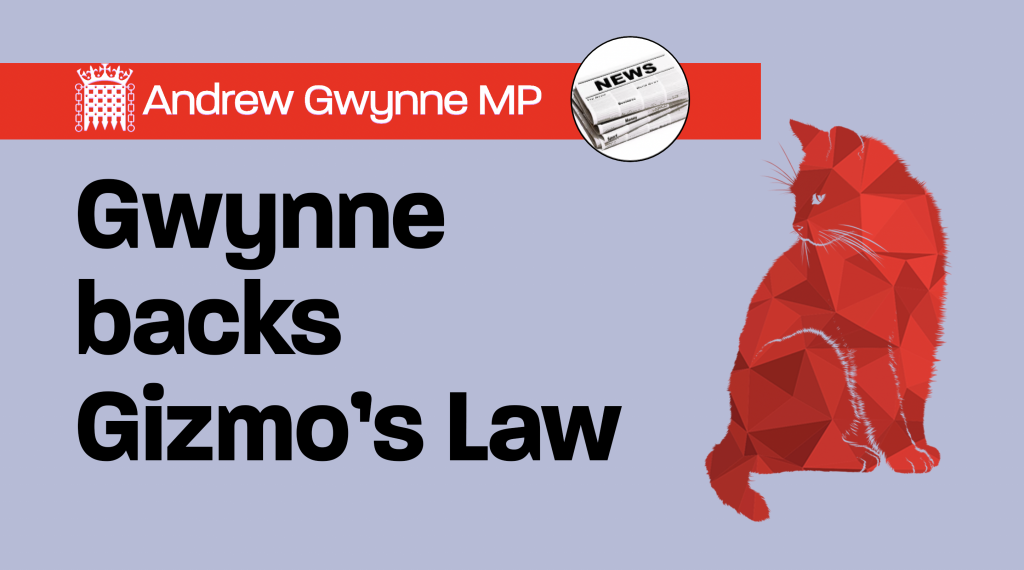 Andrew Gwynne MP is backing a petition that urges the Government to create a law requiring killed or injured cats to be checked for microchips if they are hit by a vehicle.

Currently under UK Law, dogs must be microchipped, and drivers who hit dogs on the road must report the accident under UK law. An animal rescue centre or veterinary profession would be informed, and the animal would be scanned and then identified in order to inform the owner. But the same is not true for cats.

The change is being pushed by UK Cat owners who want Gizmo’s Law to be enacted so that they can have the closure they deserve for their beloved pets who are part of their family. The law is named after Gizmo, the long-beloved cat of Helena Abrahams. In July 2016, Gizmo was in a traffic accident and never returned home. never returned home – and even though Gizmo had a microchip, she was disposed of before anyone scanned her for a chip.

The petition has received over 100,000 signatures, with cat-friendly Denton and Reddish securing some of the highest number of signatures. UK Cat owners want Gizmo’s Law to be enacted so that cat owners can have the closure they deserve for their beloved pets who are part of their family.

Gizmo’s Law has my full support. Owners search for months and years but never get closure. Scanning takes two minutes.

Every cat in the nation deserves to be scanned and every owner deserves to know what happened to a beloved member of their family.