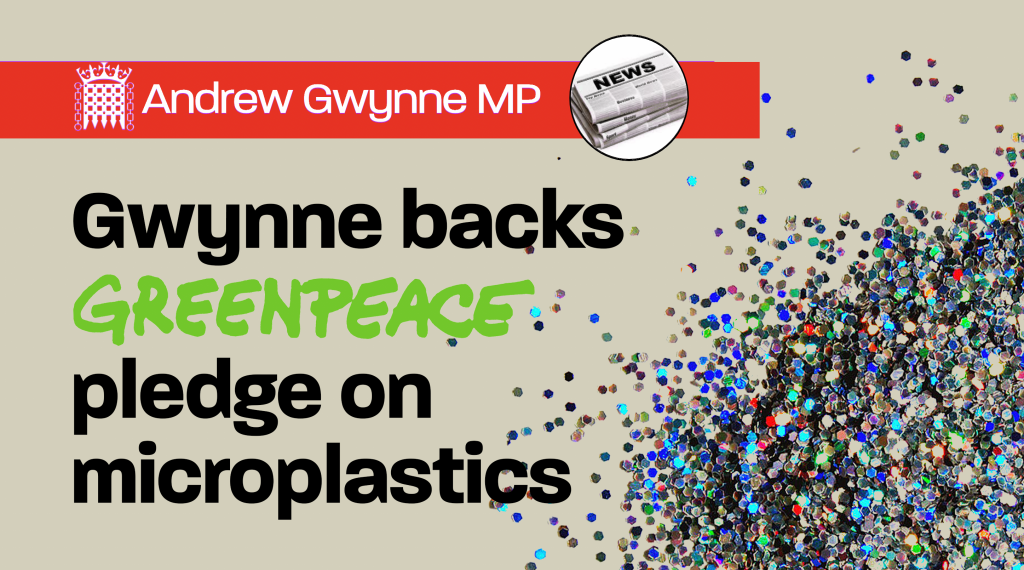 Denton and Reddish MP, Andrew Gwynne, has signed Greenpeace UK’s pledge to stand against plastic in our rivers and protect our natural world.

Research by the University of Exeter and Greenpeace has found microplastic pollution spans the world, according to new studies showing contamination in the UK’s lake and rivers. In the first tests by investigators, a section of the River Tame in Denton was found to have 517,000 plastic particles per square metre of sediment – double the previous record for any waterway or ocean in the world. The researchers said their study showed regulations on waste water flowing into urban rivers and streams should be tightened.

Microplastics are tiny pieces of plastic are entering our waterways from car tyres, clothing, plastic pellets used to make plastic items and paints on buildings and road markings. They have been shown to harm marine life when mistaken for food and were found inside every marine mammal studied in a recent University of Exeter and Plymouth Marine Laboratory survey. They were revealed in 2017 to be in tap water around the world and in October to be consumed by people in Europe, Japan and Russia.

“It’s highly concerning that these microplastics are everywhere – all animals are exposed to it and they are ingesting it in their natural environment,

We are only beginning to understand the extent of the microplastic contamination problem in the world’s rivers. To tackle the problem in the oceans, we have to prevent microplastics entering river channels. That’s why I’m proud to support Greenpeace’s campaign to protect our natural world.”