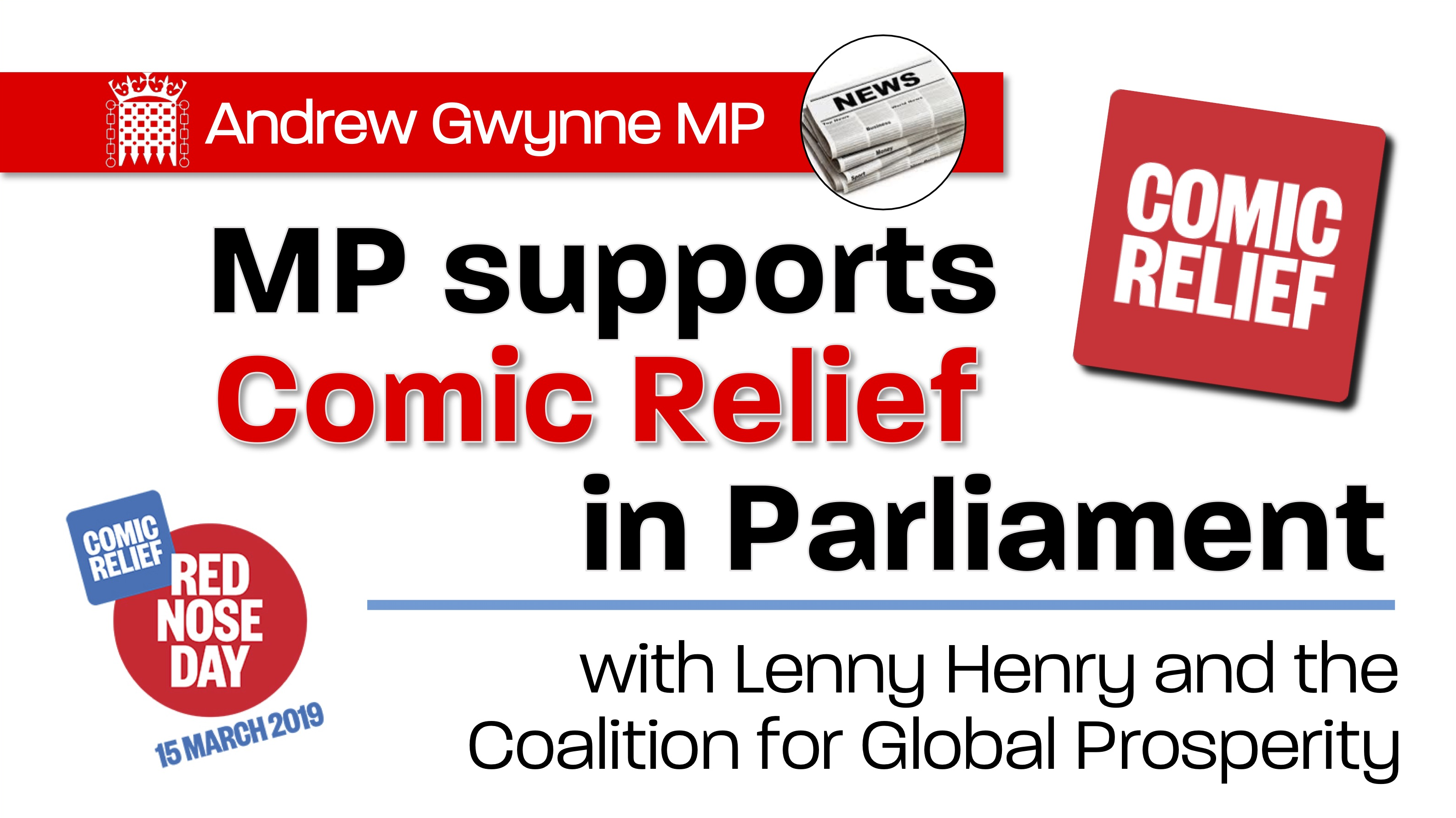 Chaired by Sir Lenny Henry following his recent trip to South Africa, the reception heard from Nozandulela Samela and Thulani Manci, who travelled to the UK parliament to describe first-hand what their projects are doing with support from Comic Relief.

Nozandulela Samela, an HIV activist and communications professional who works at mothers2mothers, told the audience how funds raised by Red Nose Day enables their organisation to equip and empower their Mentor Mothers, who work in clinics and communities across eight countries. In turn, this ensures that more children are born HIV-free and mothers are supported and educated.

Thulani Manci described how his project, the Violence Prevention through Urban Upgrading programme, has been enabled to produce citywide safety surveys to provide evidence for their work. He also spoke about the increasing importance of social technology in his work to create safe and sustainable neighbourhoods.

Representing Comic Relief, Liz Warner (CEO) and co-founder, Richard Curtis spoke of the generosity of the British public, and the extraordinary funds that are raised to support local champions here in the UK and around the world to change lives. At last week’s fundraiser, £63,548,668 was raised to support projects at home and abroad.

“It was inspiring to hear about all of the good work being done in both this country and across the globe in helping to tackle poverty.

“I also want to pay tribute to all that were involved in fundraising this year, and the role you have played in helping vulnerable people in the UK and the world’s poorest communities.