Gwynne calls for an end to puppy smuggling

Denton and Reddish MP, Andrew Gwynne, attended an event hosted by the Dogs Trust at the House of Commons where the charity called on the Government to take urgent action to end the cruel practice of puppy smuggling.

The MP for Denton and Reddish was amongst 64 MPs and Peers who attended the event, where there was the opportunity to experience through virtual reality the terrible conditions in which puppies are transported across Central and Eastern Europe to be sold to unsuspecting buyers in the UK.

Dogs Trust has been investigating this problem since 2014 with its reports revealing shocking evidence of the Pet Travel Scheme being exploited by illegal puppy importers. This fourth report supplies further evidence of corrupt vets in Central and Eastern Europe falsifying documents for underage puppies to be brought into Great Britain; pregnant dogs being smuggled so their puppies can be born in the UK and lax border controls. The charity has long been calling for changes to be made to put a stop to the continued and growing abuse of PETS.

The Dogs Trust’s event took MPs on a virtual journey from Lithuania to Great Britain to provide an insight into the conditions puppies are forced to endure. MPs also took part in a photo opportunity highlighting the routes used by puppy smugglers across Central and Eastern Europe.

“Dogs Trust has unveiled a horrendous trade that has been growing over the past few years and we now have the opportunity to make a positive change to stop this practice.

“I’ve been shocked by the findings of all four of the reports and am proud to support the case to bring an end to puppy smuggling with the introduction of tighter controls and the need for much stronger penalties to deter this horrific crime.”

“The findings of our fourth report into the puppy smuggling trade have revealed undeniable evidence that illegal importers remain undeterred. We believe this has only scratched the surface of the full extent of the problem. The lack of visual checks at ports and paltry penalties for those caught smuggling puppies are simply no deterrent and highlight an urgent need for our pet travel legislation to be redrawn.

“We hope our virtual reality experience has brought to life the terrifying experience a puppy faces when it falls victim to this trade. We thank Andrew Gwynne MP for his part in highlighting the urgency of this issue. We want to see the government acting on our recommendations now to stop this horrifying trade.” 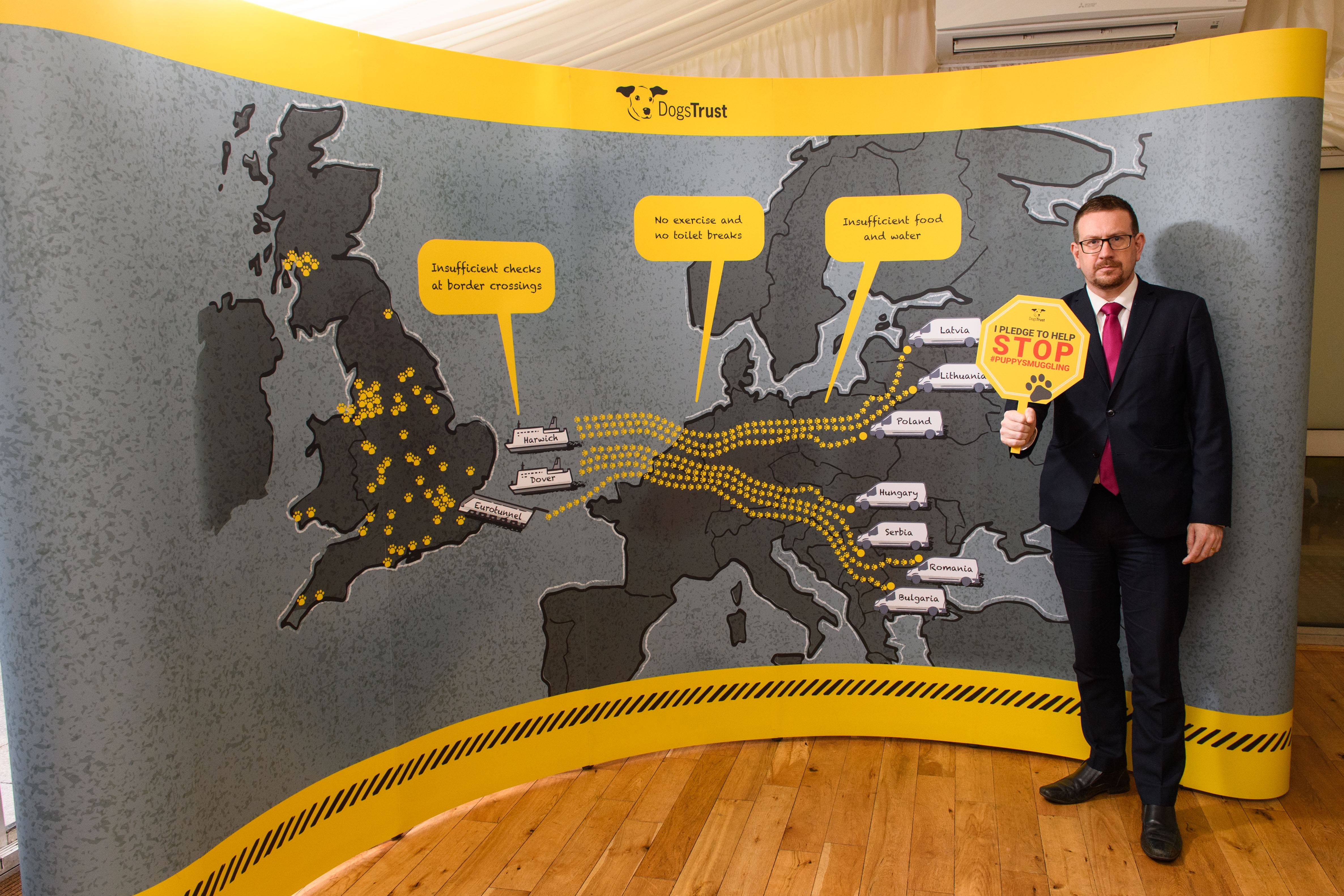