Andrew Gwynne, MP for Denton and Reddish, has called for the Government to end the practise of raw sewage being pumped into the River Tame, as new data revealed the shocking extent of the problem.

Data from the Rivers Trust shows that in the North West, United Utilities were responsible for 2,273 reported sewage overflows in 2020, which each lasted on average for six hours. In Denton and Reddish, there were a total number of 21 storm overflows counted with over 1600 individual spills counted from the four water treatment works in the area.

In the last year alone, raw sewage was discharged into UK rivers and seas over 400,000 times. There were 2,941 discharges into UK coastal bathing waters during the May-September bathing season alone, severely impacting coastal communities. The UK is ranked last in the EU for bathing water quality. No UK rivers are in a healthy condition, with none meeting good chemical standards and only 14% meeting good ecological standards.

In the recent series of votes on the Environment Bill, Labour MPs voted to end the routine discharge of raw sewage into rivers and seas. Conservative MPs were whipped to vote against the cross-party amendment tabled by the Duke of Wellington in the House of Lords. The amendment was defeated and raw sewage can continue to be discharged into rivers as a result.

The amendment to ban the release of raw sewage has now returned to the House of Lords and MPs are expected to vote on the proposal to end sewage discharges again in the coming weeks.  The Government have attempted to placate the public outcry that followed the vote by pledging to ‘secure a progressive reduction in the adverse impacts of discharges from storm overflows’. Gwynne is currently self-isolating with COVID-19 so was unable to vote in the Environment Bill (although was paired so that his vote wasn’t lost) but stated that the Government’s partial U-turn doesn’t go far enough.

“It is quite frankly outrageous that the Government is not taking this situation seriously. People across Denton and Reddish just want their local rivers to be free from raw sewage – is that really so much to ask?

It makes rivers unsafe to swim in, damages precious river habitats, and the Government should be taking firm and robust action to force water companies to stop this dreadful practise. We don’t have time for more dither and delay.”

“People are right to be upset at the dreadful state of England’s rivers. Not one English river is in a healthy condition and there has been zero improvement since 2016.

The Tories should learn from the record and experience of the Welsh Labour government who have been able to require sustainable drainage systems to reduce the load on sewage systems and make investing to tackle future challenges a top priority.” 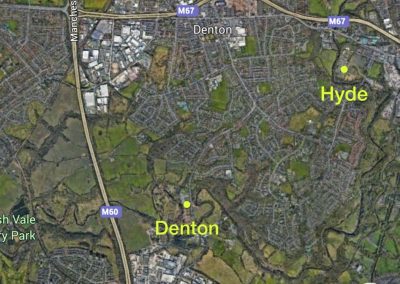 There are currently four water treatment works on the Tame in the Constituency: Ashton (actually in Dukinfield), Dukinfield, Hyde and Denton 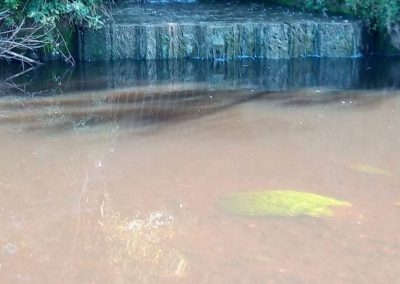 Image from the Dukinfield Water Treatment Works on the Tame 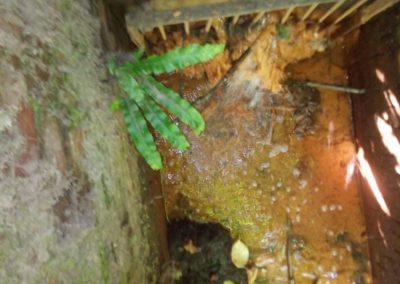 Another image highlighting the damage being done to the River Tame