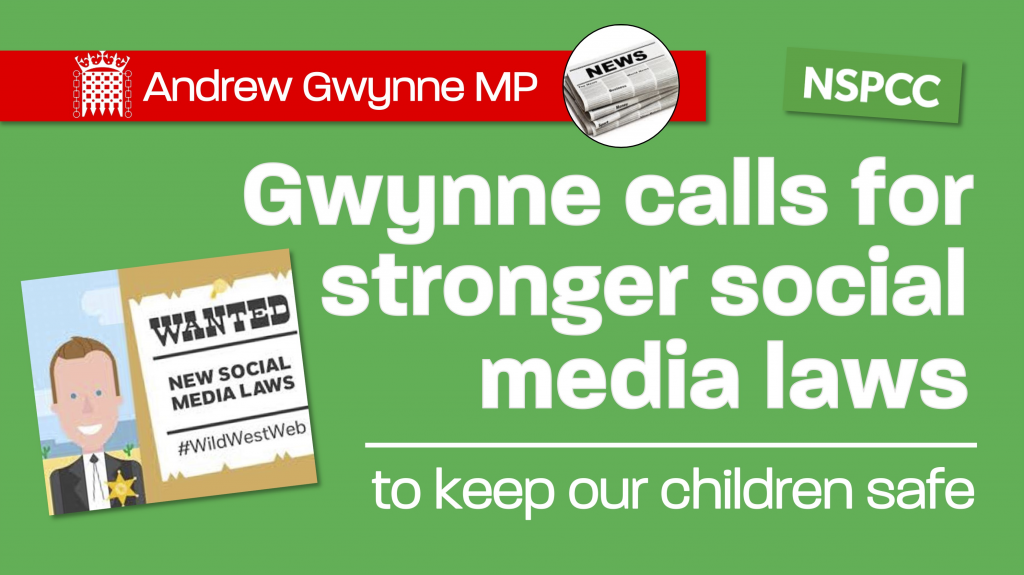 Denton and Reddish MP, Andrew Gwynne, has backed calls from the National Society for the Prevention of Cruelty to Children (NPSCC) for Home Secretary, Sajid Javid and Digital Secretary, Jeremy Wright, to stand up for children and introduce tough regulation for social networks

According to research from the NSPCC, on average, 10 online grooming offences are recorded every single day by the police in the UK1. There is a growing concern that social networks have become a gateway for child abuse, and that they are simply not doing enough to protect children.

The NSPCC is concerned about the scale and impact of sexual grooming that is happening online, and are calling for the Government to create an independent regulator with powers to investigate platforms; impose regulatory conditions on companies; and issue financial penalties to sites that fail to take proportionate measures to keep children safe.

“After years of inaction, it is time for the Government to step up to ensure that our children are safe online.

“For too long, social networking sites have been able to decide if they want to take steps to keep children safe. That’s why I’m supporting the NSPCC Wild West Web campaign, calling on government to bring in an independent regulator to enforce a legal duty of care on social networks. This regulator can ensure that social media sites take take proactive steps to tackle grooming, and that sites that fail in their responsibilities are held accountable.