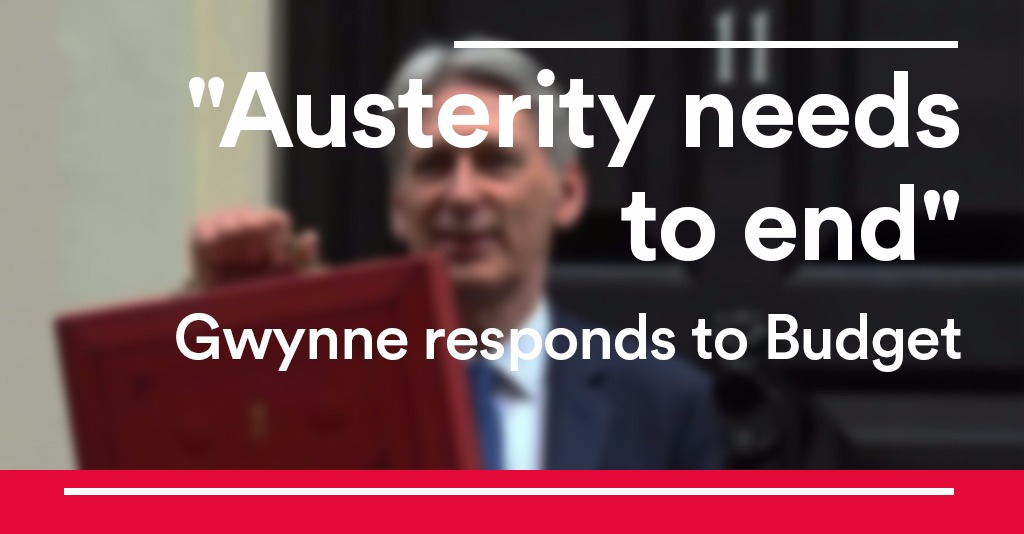 Denton and Reddish MP, Andrew Gwynne, has responded to the 2018 Budget delivered by the Chancellor Philip Hammond by calling on him to end political austerity now.

The Prime Minister recently promised that austerity will end. This week John McDonnell, the Shadow Chancellor, called on the Government to take, “large scale action in this budget to end austerity, not present some vague promises for the future or a few financial conjuring tricks”.

In reality, the scale of eight years of Tory austerity has inflicted hardship on our communities in Denton and Reddish:

To read Labour’s dossier published this week outlining the extent and impact of Tory cuts on people across the country; and what it would take for the Tories to truly “end austerity” in full, go to: http://labour.org.uk/wp-content/uploads/2018/10/Austerity-Budget-2018.pdf

“Across Denton and Reddish we know painfully well how deep and far-reaching Tory austerity has been, and how devastating its impact. For years the Tories have chosen tax giveaways for the few over public services for the many. Simply cancelling further cuts or offering a few token handouts will not be enough to pull our public services back from the brink.

“Meanwhile, the Conservatives’ botched Brexit negotiations are putting jobs and the economy at risk. Denton and Reddish needs a dramatic change of direction of the kind that Labour set out in its fully costed 2017 manifesto.

“Austerity has failed. Only Labour will rebuild our economy for the many and not the few.”