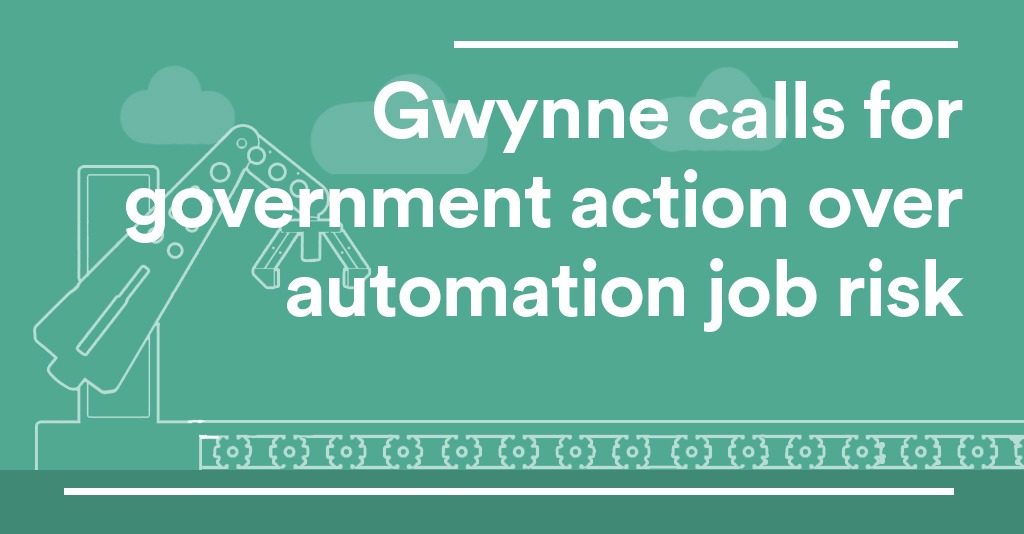 Denton and Reddish MP, Andrew Gwynne, has demanded action from central government as new research has revealed that five times more working class jobs are at risk from automation than were lost in the entire coal and steel industries of throughout the 1980s.

The research, which draws on OECD data[1] and new analysis from the House of Commons library, states that while new jobs will be created, job losses will overwhelmingly impact on working class occupations.

Research from the House of Commons Library show that 2,088 manufacturing jobs are at risk in Denton and Reddish, with over 900 in the wholesale sector and over 200 in the automotive industry.

New exclusive opinion polling from insight agency Opinium also shows that a quarter of people think the government isn’t doing enough in response to automation, with 7 in 10 saying they believe the government should provide resources to help those who lose their job as a result.

The new analysis suggests that:

New exclusive opinion polling from research firm Opinium suggests that people are worried about the impact of automation and want government to do more to help those whose working lives are affected by it.

The new research from Opinium found that:

“These figures are very worrying and show that the Government have to wake up to the threat posed by automation to ordinary working class jobs – of course there are benefits to automation, but risks too.

“It is low paid jobs that are most at risk and we need to plan now to avoid job losses in the future.”

“The governments of the eighties made terrible mistakes when they let industrial change destroy jobs and communities. Yet we’re now on course to make the same mistakes again and once more, it’s the English working class which is at the sharp end.”