Gwynne encourages constituents to have their say on bus reforms 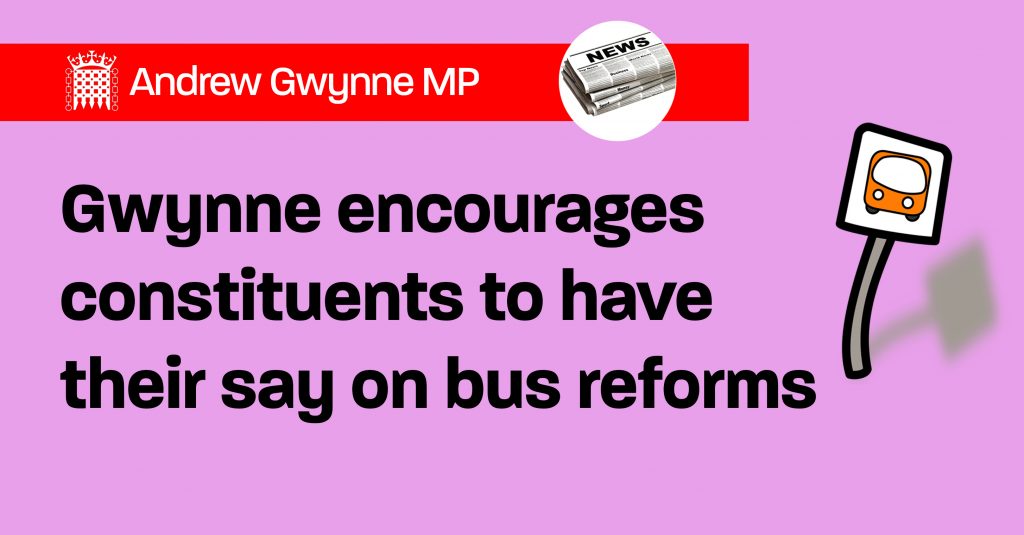 The consultation sets out proposals for a new franchising model for buses in Greater Manchester. This would put bus services under the control of the Greater Manchester Combined Authority (GMCA), which would decided which services would be provided – similar to the way buses are run in London and some other major cities around the world.

The GMCA would set the routes, timetables, tickets and standards, while the bus operators would run the services.

The consultation opened on 14 October and will close on 8 January 2020.

Gwynne is encouraging as many constituents as possible to make submissions to the consultation and to attend a public information event on the consultation at Clarendon Square Shopping Centre in Hyde on Tuesday 19 November between 9am and 5:30pm.

“Bus deregulation has failed the people of Audenshaw, Denton, Dukinfield and Reddish.

“Whilst most public transport journeys in my constituency are by bus, we have seen routes scrapped, fares increased and record profits for the bus companies.

“I strongly support moving towards a better bus system and would encourage all constituents to make their views known during this consultation.”

You can submit your responses to the consultation here.