Gwynne humbled by MP of the year nomination 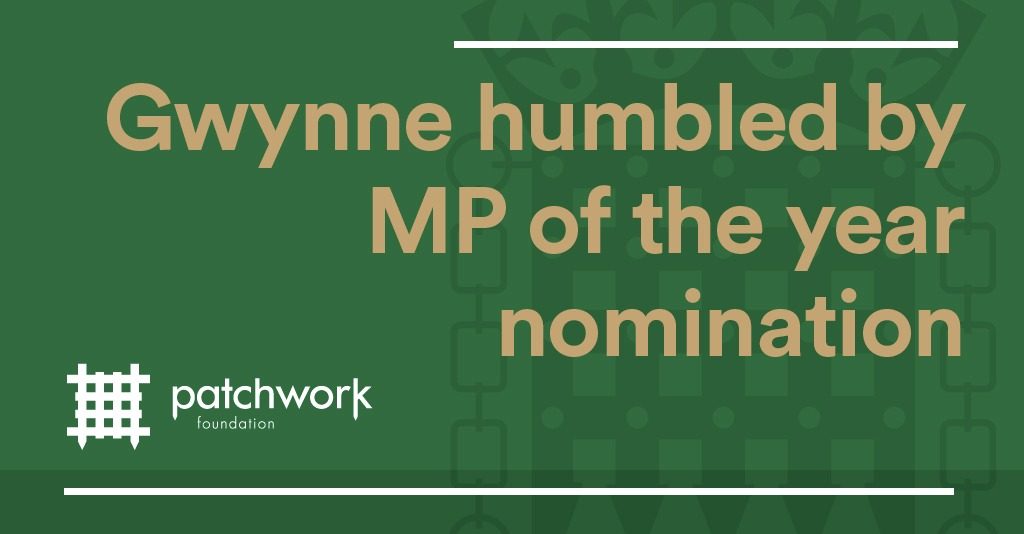 Denton and Reddish MP, Andrew Gwynne, has been nominated for the prestigious MP of the Year Award 2018 after his name was put forward by individuals and organisations to the Patchwork Foundation in recognition of his work within Parliament and within his constituency of Denton and Reddish.

The Patchwork Foundation rewards those winning MPs – nominated by individuals or grassroots community organisations and selected by an independent panel of judges – by acknowledging them as the MPs of the Year. This year, over 100 MPs have been nominated from across the country including MPs from different faith groups and ethnic backgrounds, with the MPs judged by 5 key criteria:

The Patchwork Foundation is a not for profit organisation that helps to engage under-represented, deprived and minority communities within British society through exposure and engagement into the political environment.  Each year MPs across the country work closely with such communities, with many MPs delivering excellent representation and coverage to otherwise underrepresented segments of society.

To nominate your MP of the year, please visit and complete the nomination form here: https://docs.google.com/forms/d/e/1FAIpQLSeuUUfYrJpmBzBq58Q9otzNWt3g6Di8YLV4c0oWgIa-SVrqJg/viewform

“It’s a real honour to be nominated for this prestigious award. I believe we have to do as much as possible to involve young people from all backgrounds and walks of life in the political process and other parts of public life.

“I’m delighted to be involved in an awards process that acknowledges and honours the great work that many MPs are doing to help minority and deprived communities across the country.”