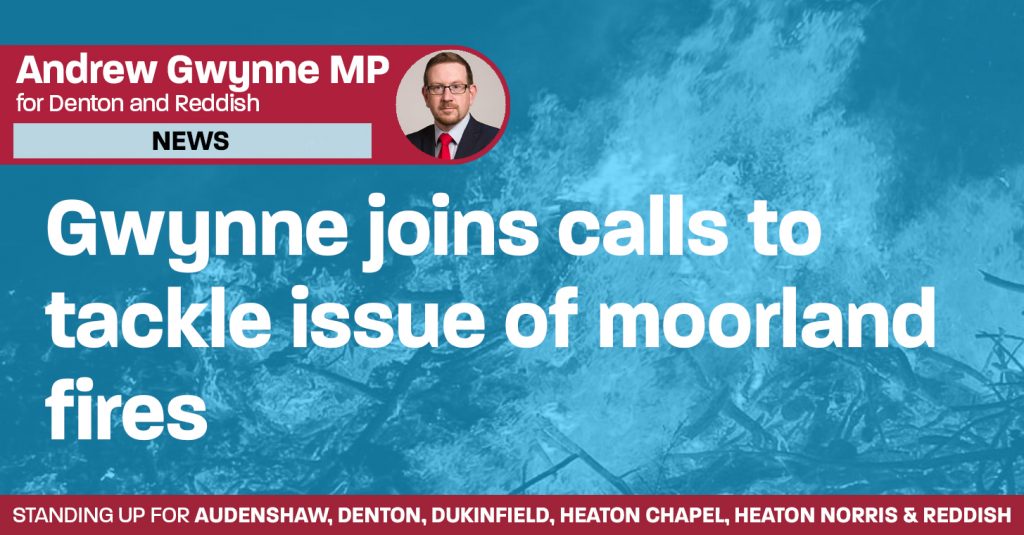 Andrew Gwynne, MP for Denton and Reddish, has signed a letter to the Home Secretary calling for action to deal with the issue of fires on open moorland and peatland.

The letter calls on the Home Secretary to introduce new legislation to ban disposable barbecues on open moorland and peatland, and to increase funding for fire and rescue services to ensure they have the resources they need to effectively tackle moorland fires.

The calls follow a succession of major moorland fires in and around Greater Manchester over the past few years, some of which are believed to have been started by barbecues.

“After last year’s extensive fire on the moors around Tameside – putting many residents in considerable danger – and subsequent smaller fires on moors around Greater Manchester, Lancashire and Derbyshire, the time has come for stricter controls and better resourcing for Fire and Rescue Services to deal with these issues.

“These fires have become far too common and we need action to protect residents, the moorlands and our Fire and Rescue Services.” 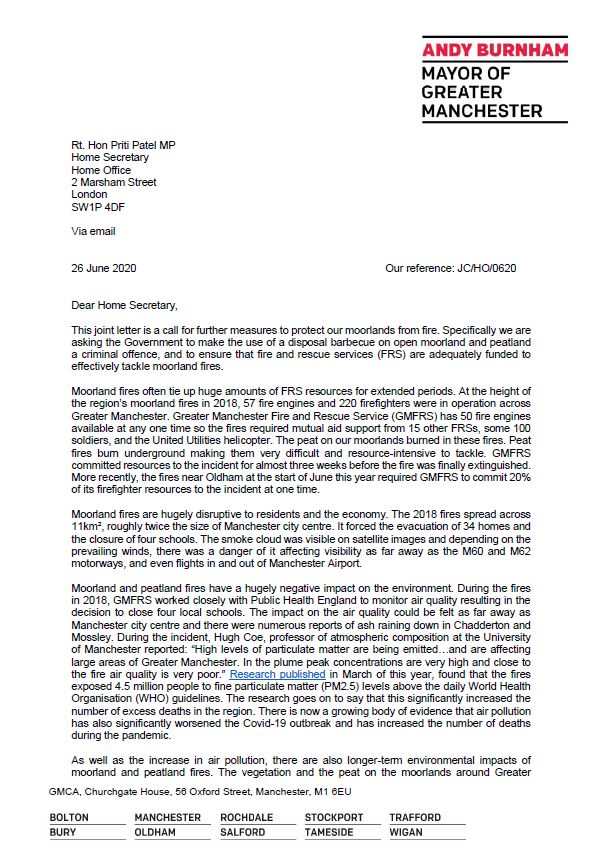 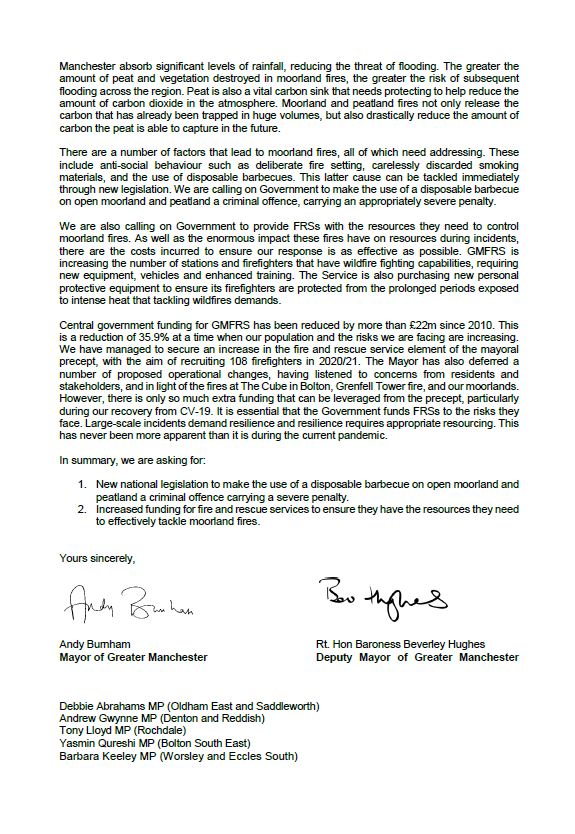