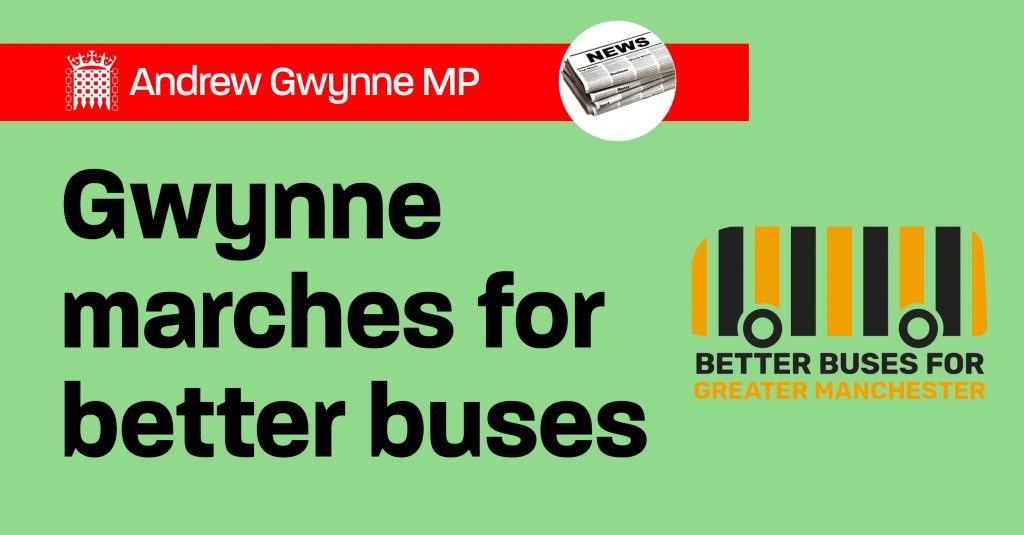 The Conservative Government under Margaret Thatcher deregulated bus services in 1986, opening the market to private bus companies who’ve then scrapped many non-profit-making (but socially crucial) services. Bus use in Greater Manchester has dropped by 40% as a result.

Compared with London (which the Thatcher Government excluded from deregulation) buses in Greater Manchester are more expensive, less reliable and not integrated with other modes of public transport. In London, bus use has more than doubled since 1986.

“I was delighted to join Better Buses for Greater Manchester campaigners on their march. The facts are clear. Bus deregulation has been a 33-year failure for the travelling public of this city.

“We now have a fragmented network with confusing ticketing arrangements, poor integration with other public transport modes and socially vital services cut or axed at a moment’s notice.

“It’s time to bring Greater Manchester’s bus network back under local control. I hope the Mayor, Andy Burnham, will now use the powers granted to him in the Bus Services Act and introduce a London-style service.”

Andy Burnham now has the power to end bus deregulation and introduce a London-style publicly-controlled network. He’s currently consulting on doing this and you can still make your views known here (deadline Wednesday 8 January): https://www.gmconsult.org/strategy-team/gmbusconsultation/ 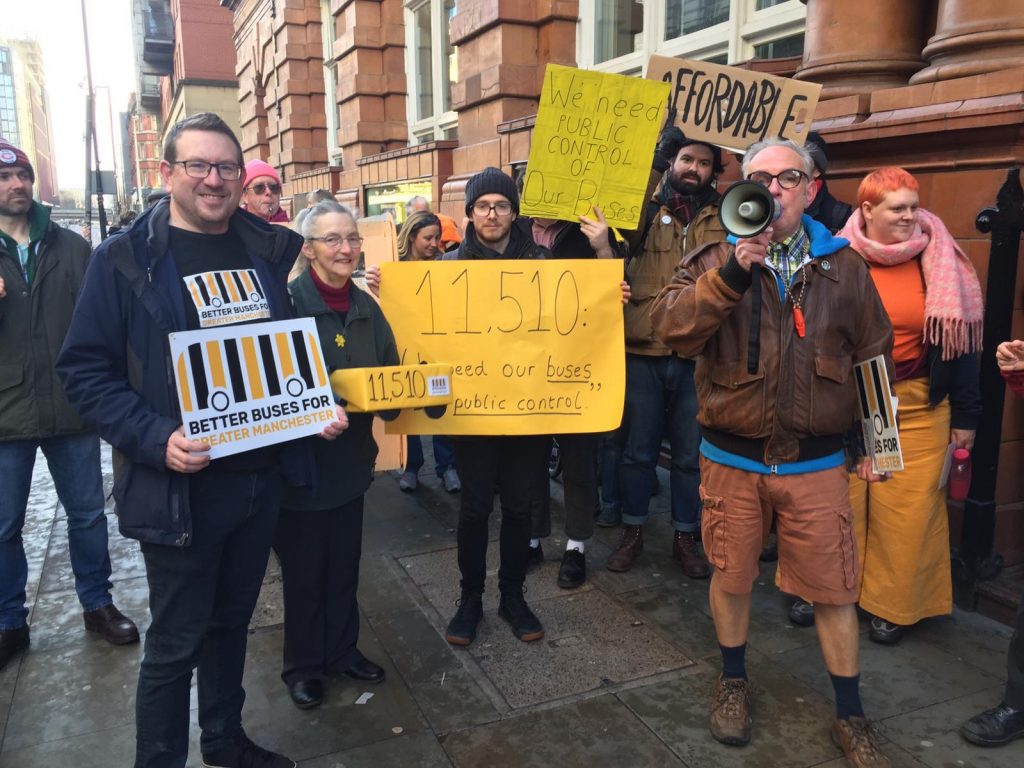 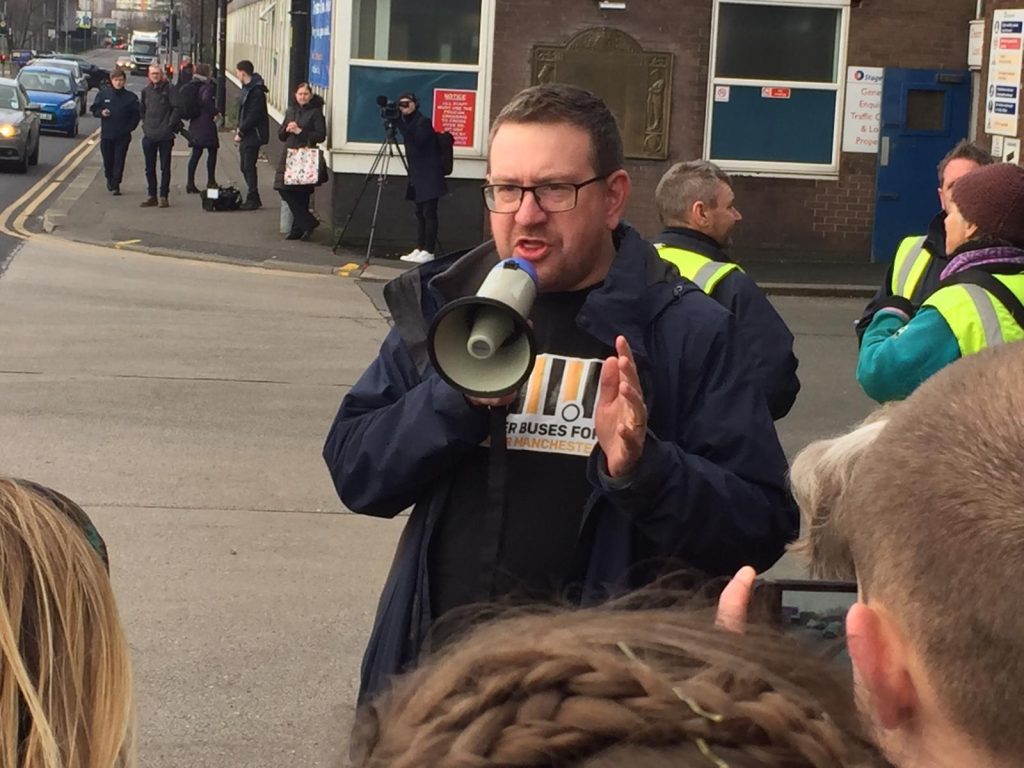