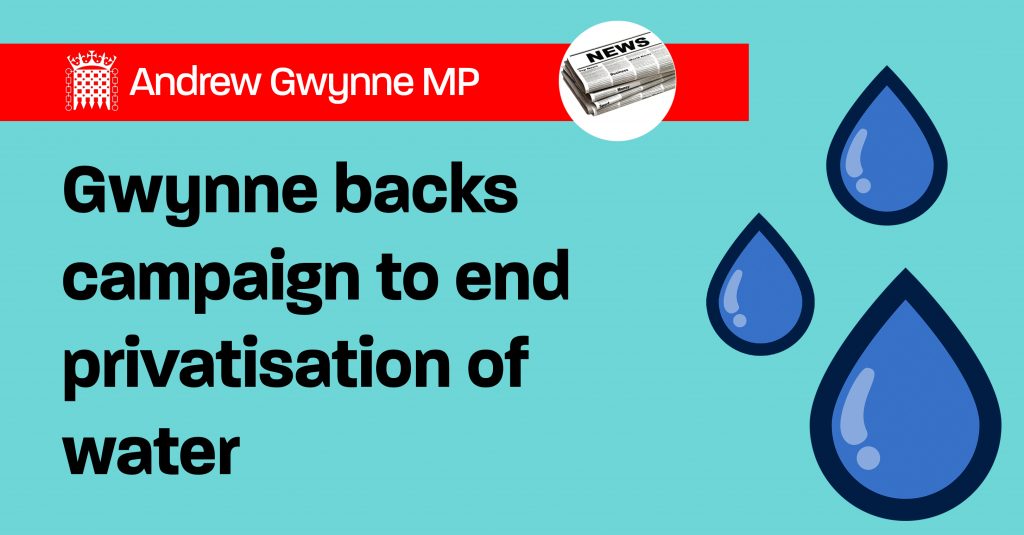 Denton and Reddish MP Andrew Gwynne has backed the campaign to end the privatisation of England’s water.

Gwynne was among a group of MPs to join a photo call in Parliament with campaign group We Own It which called for water to be brought into public ownership.

The event coincided with the launch of We Own It’s People’s Plan for Water – a crowd-sourced manifesto that summarises what public ownership could look like and what it could achieve.

The launch comes in the same week that marked the thirtieth anniversary of water privatisation in England and Wales, and comes after recent revelations that the CEOs of private water companies have earned £70 million in salary, bonuses, and other remuneration in the past six years.

We Own It argues that bringing England’s water companies into public ownership would save £2.3 billion every year. They also claim that this could save people around £100 a year on bills.

“Water is perhaps the most fundamental public utility and it should absolutely not be run for private profit.

“I’m proud to support We Own It’s campaign to bring our water back into public ownership. Thirty years after Thatcher sold it off, it’s time for us to take back our water!”

Ellen Lees, Campaigns Officer at We Own It, said:

“We’re thrilled that so many MPs, including Andrew Gwynne, have affirmed their commitment to publicly owned water.

“For thirty long years, we’ve suffered under the tyranny of Thatcher’s water privatisation, which has led to a 40% real terms increase in bills, CEOs and shareholders pocketing millions, and private water companies polluting our rivers.

“Enough is enough. The public are absolutely clear. 83 percent of us want to see water in public ownership. Our People’s Plan for water sets out why this is so important, and sets a blueprint for what can be achieved when we own it.” 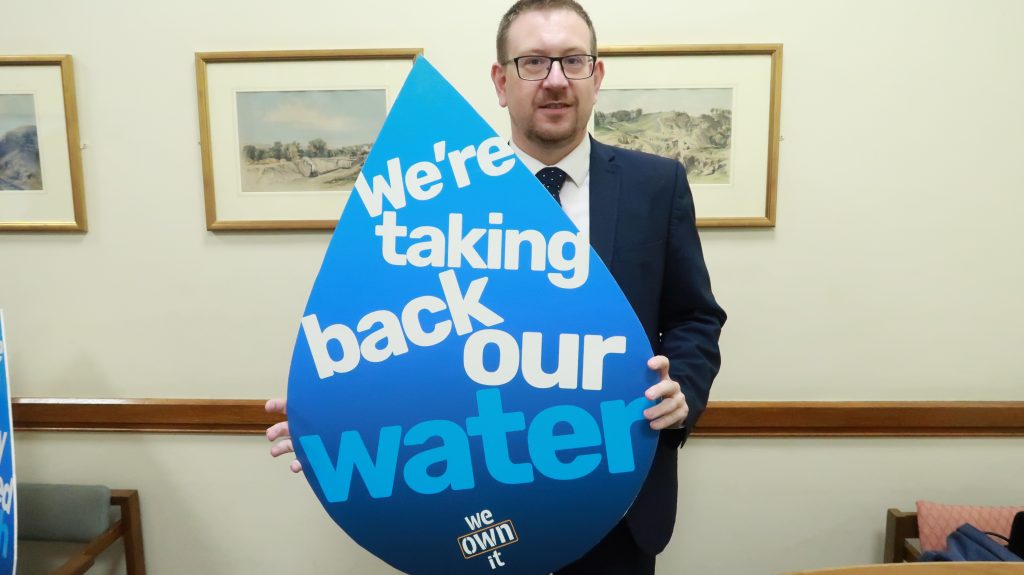