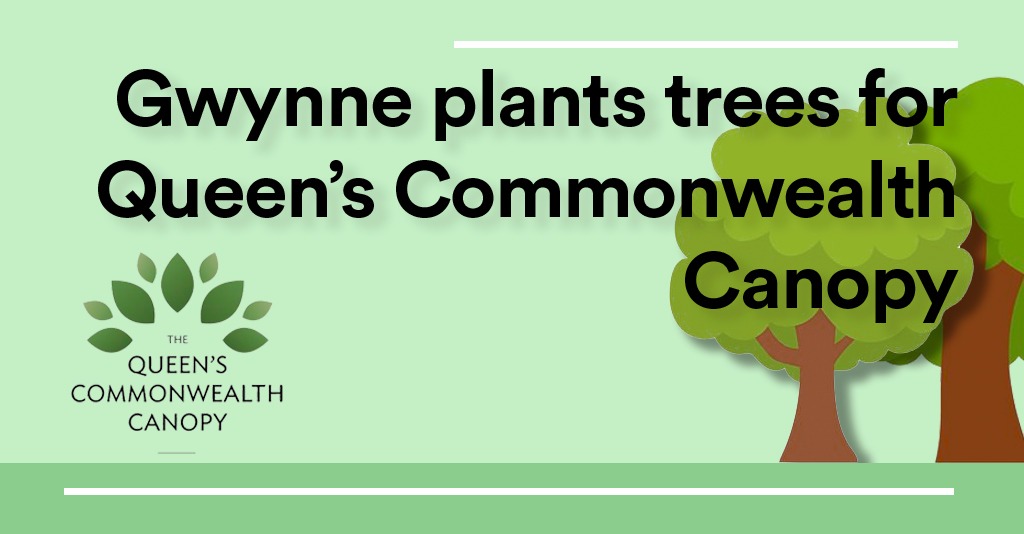 Andrew Gwynne is joining over 500 other MPs to plant trees as part of the Queen’s Commonwealth Canopy, a network of forest conservation initiatives to mark Her Majesty’s lifetime of service to the Commonwealth.

They were donated to Andrew Gwynne thanks to a partnership between the Woodland Trust, Sainsbury’s and ITV, which in April screened a landmark documentary, The Queen’s Green Planet, following Her Majesty the Queen and this ambitious legacy project which brings together her deeply held commitment to the Commonwealth and her little-known love of trees.

At the heart of the film was a conversation between the Queen and Sir David Attenborough filmed in the gardens of Buckingham Palace last summer.  In a rare opportunity to see the Queen talking informally to Sir David, the conversation ranged from climate change, to conkers and of course trees, and was watched by 6.4 million viewers, making it ITV’s most watched factual programme of the year.

In support of the programme the Woodland Trust provided 50,000 trees for ITV viewers, and via the Rt Hon Frank Field MP, who conceived the QCC initiative, also offered a special commemorative pack to every MP in the UK.

“This is a great initiative to increase tree cover across the UK and I’ll be planting these trees in suitable locations in both Stockport and Tameside.

“I’ve always fought for our communities green spaces, not just as recreational and leisure space for people to enjoy, but as an environmental asset and to prevent wider urban sprawl. I’m delighted to be doing my small part to ensure our community is represented in the Queen’s Commonwealth Canopy.”

“We are delighted so many MPs have decided to join us in our bid to plant trees as part of the Queen’s Commonwealth Canopy.  We all need trees. They are a cornerstone of our landscape and countryside, forming an essential and cherished part of our cultural identity. They are crucial in improving soil health and water quality, reducing carbon, trapping pollutants, slowing the flow of flood water, sheltering livestock, providing a home for wildlife or a space for us to breathe. I hope the residents of Denton and Reddish will enjoy watching them flourish as part of this wonderful legacy initiative.”

“As the Woodland Trust’s largest corporate partner, we’re committed to raising awareness of the importance of the UK’s woods and trees, and contributing to their conservation.

I was lucky enough to grow up surrounded by woods, so trees have a particular resonance with me. Sainsbury’s recently planted its three millionth tree with the Trust, and the thought of being able to get so many more in the ground as part of the Queen’s Commonwealth Canopy with the support of so many MPs is an exciting prospect.” About The Woodland Trust

The Woodland Trust is the largest woodland conservation charity in the UK. It has over 500,000 supporters. It wants to see a UK rich in native woods and trees for people and wildlife.

The Trust has three key aims:  i) protect ancient woodland which is rare, unique and irreplaceable, ii) restoration of damaged ancient woodland, bringing precious pieces of our natural history back to life, iii) plant native trees and woods with the aim of creating resilient landscapes for people and wildlife.

About The Queen’s Commonwealth Canopy

The Queen’s Commonwealth Canopy (QCC) is a unique network of forest conservation projects which unites the Commonwealth family of nations to save one of the world’s most important natural habitats. Established in the name of Her Majesty The Queen as Head of the Commonwealth, this initiative is committed to raising awareness of the value of established indigenous forests, and saving them for future generations, as well as planting new forest.