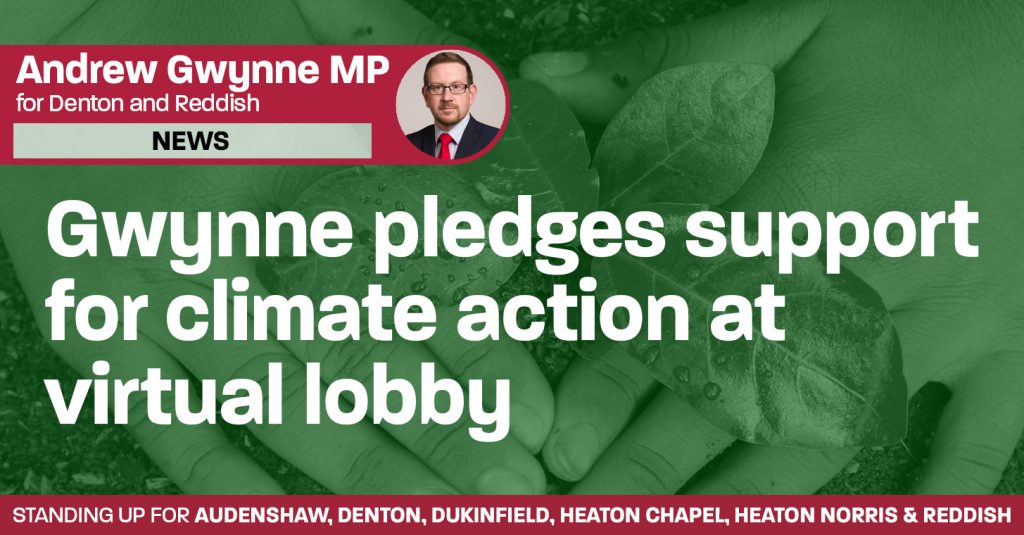 Andrew Gwynne, MP for Denton and Reddish, has taken part in The Time Is Now, the first ever virtual mass lobby, organised by the Climate Coalition.

A mass lobby involves a large number of people contacting their MPs in advance and arranging to meet with them at Parliament all on the same day. The Coronavirus crisis has made mass lobbies impossible, so the Climate Coalition instead organised a virtual lobby this year.

The Climate Coalition is a group of over 140 organisations – including the National Trust, Women’s Institute, Oxfam, and RSPB -dedicated to action against climate change.

The Time Is Now is a mass lobby so that supporters of the Climate Coalition can discuss issues around the environment and climate change with their local MPs.

Last year, Gwynne met constituents to discuss environmental issues at The Time Is Now lobby outside Parliament, which saw 12,000 people travel to Westminster to lobby their MPs.

In this year’s virtual lobby, Gwynne discussed a range of issues with Anna Appleby from Heaton Norris, and reaffirmed his support for action to deal with the climate crisis, including investing in green jobs.

“Tackling Coronavirus is obviously the top priority at the moment, but this shouldn’t stop us from also tackling the threat of climate change.

“I’m really grateful to Anna for taking the time to discuss these issues with me, and giving me the opportunity to pledge my support for the Climate Coalition’s vision for a green and fair recovery from the current crisis.” 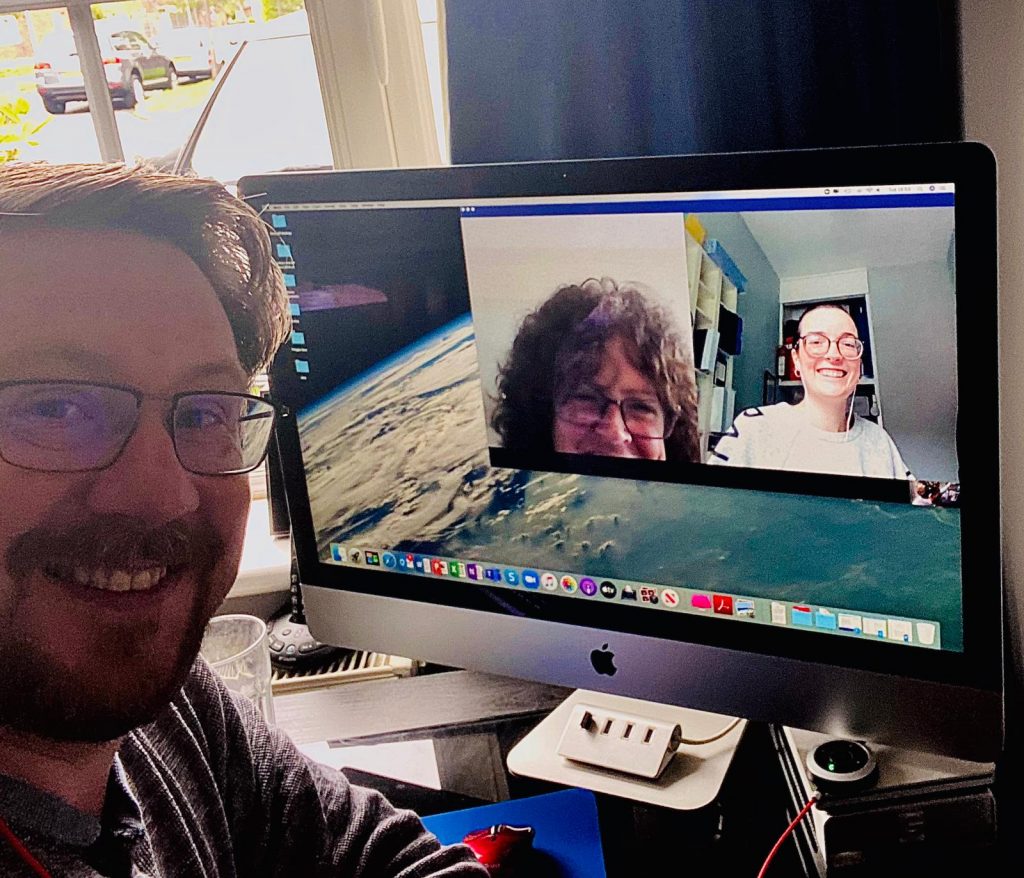