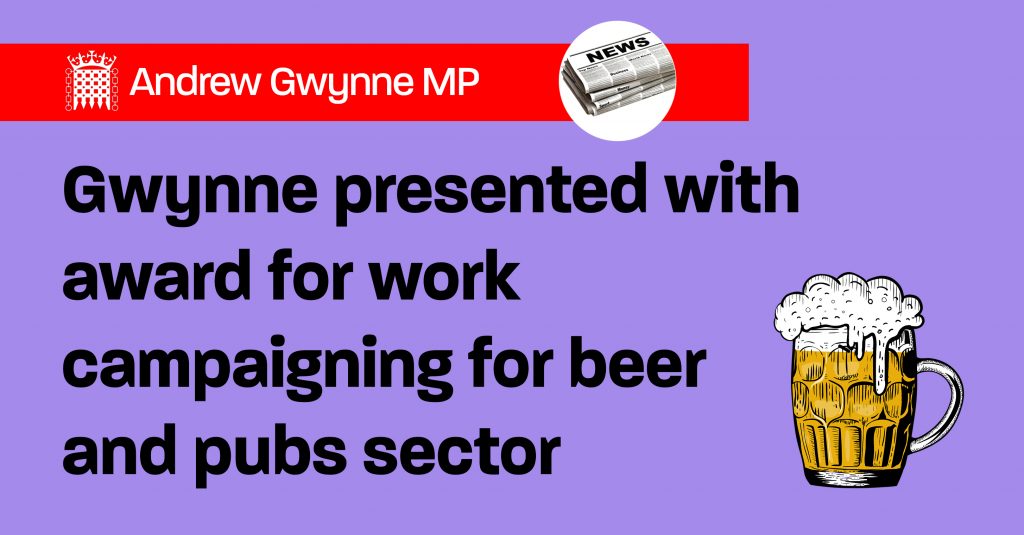 Andrew Gwynne, MP for Denton and Reddish, has received a special award, in recognition of their support for the Long Live the Local campaign and helping to secure consecutive freezes in beer duty.

Gwynne was presented with the ‘Beer Champion’ award, a unique tap-handle trophy created especially for the occasion.

The special award is an initiative from the British Beer & Pub Association (BBPA) to recognise the role of Andrew Gwynne MP and other MPs from across the House, in supporting Britain’s national drink since the 2017 General Election. The award especially recognises support for successive freezes in beer duty which secured thousands of jobs and millions of pounds worth of investment in the brewing and pubs sector.

Brewing and pubs are vital to the local economy in every part of the country. The Long Live the Local campaign is campaigning for a cut in beer duty in this year’s Budget and so far over 90,000 people have supported the petition this year, including 171 in the Denton and Reddish constituency alone.

“I’d like to thank the British Beer & Pub Association for the Beer Champion 2019 Award.

“The brewing and hospitality industries play such a vital role in both our local and national economies, providing thousands and thousands of jobs across the country.

“I will always campaign in Parliament to support this sector.”

“This award recognises Andrew Gwynne MP for his invaluable support for the Great British pub and Britain’s historic brewing industry.

“I want to thank Andrew for the work done in securing two beer duty freezes in this parliament, and for their support for the brewing and pubs sector since the 2017 election.” 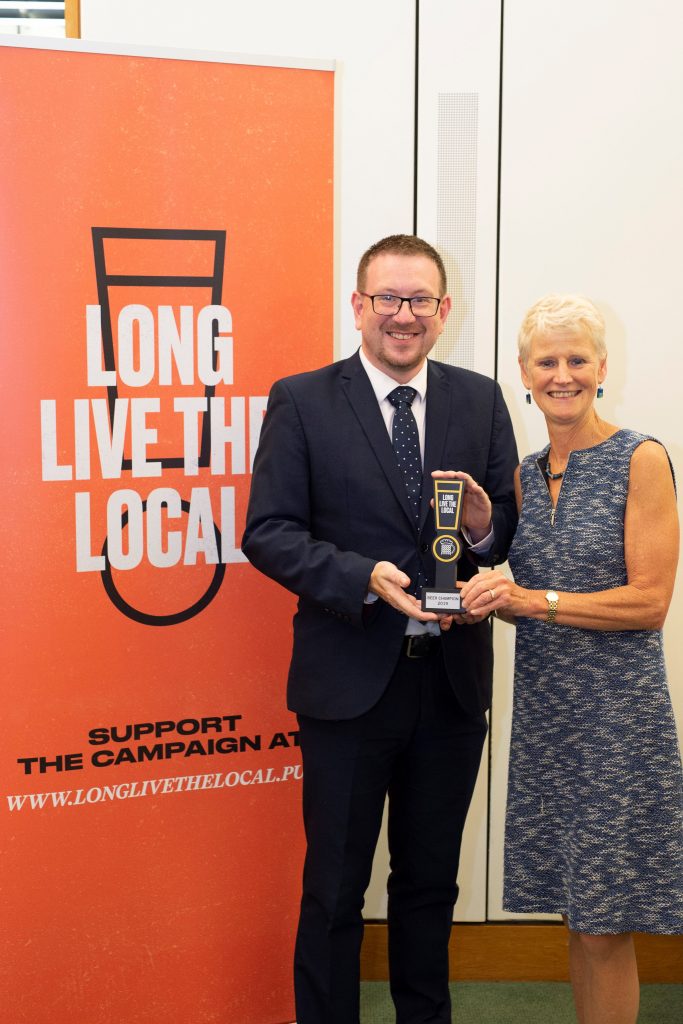