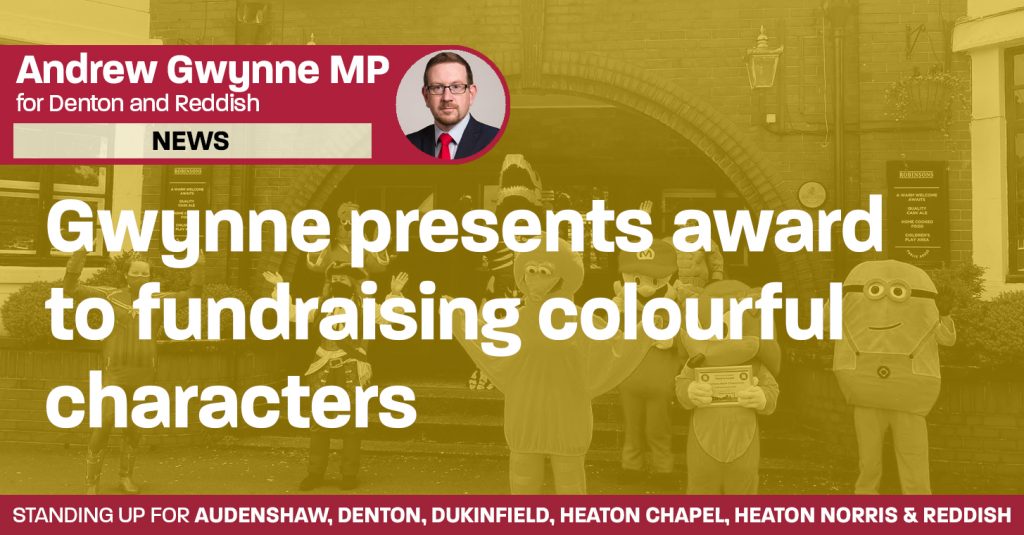 Andrew Gwynne, MP for Denton and Reddish, has presented a Citizen’s Award to the Dane Bank Characters.

The Citizen’s Awards were established by Gwynne to recognise those who have gone above and beyond for others across the Denton and Reddish constituency. The winners are nominated by members of the public.

Denton West Councillors Brenda Warrington and Mike Smith joined Gwynne in presenting the award to the group that have been raising money for the Denton West End Community Library. So far, they have raised more than £1,200.

“I was very pleased to catch up with the brilliant Dane Bank Characters today and present them with a Citizen’s Award for the fantastic work that they have done.

“Not only have they raised money for the Denton West End Community Library, but they spread joy in the local community. As a child of the 1970s, I was particularly delighted to finally meet Hong Kong Phooey!

“Thank you to everyone who has nominated their local heroes for this award and please keep them coming.” 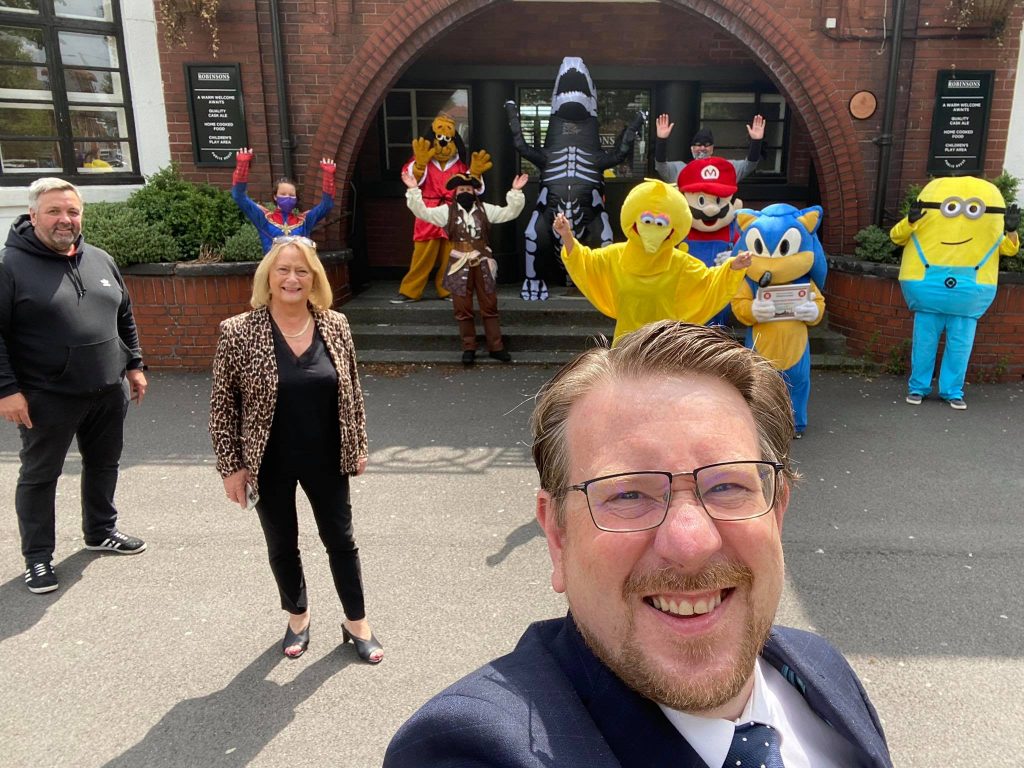