Gwynne raises alarm as headteachers warn of disrepair in schools 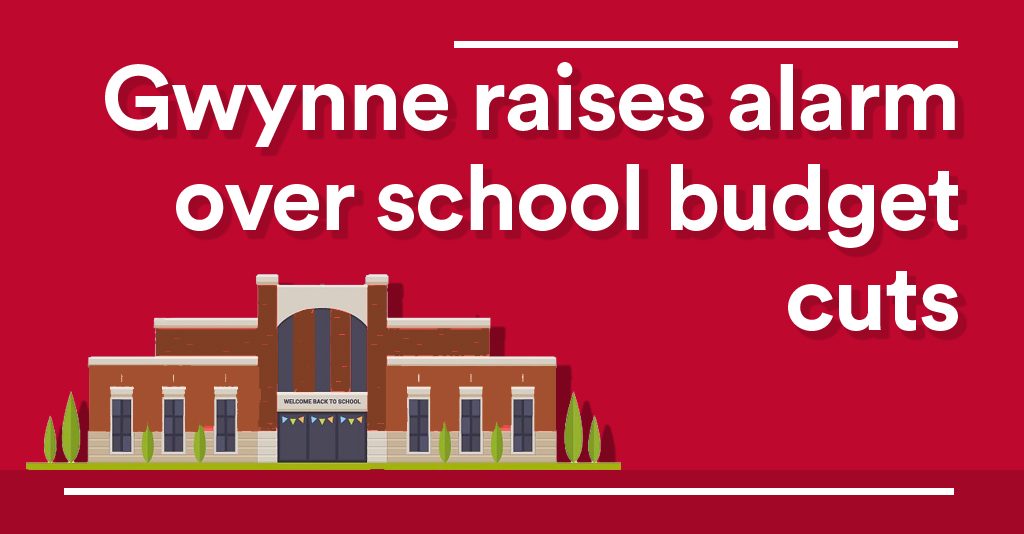 Andrew Gwynne MP has today slammed the government over cuts to school funding which resulted in staff shortages and left schools in a desperate state of disrepair.

Gwynne hit out at the Government over the strain put on public schools due to funding cuts. King’s Church of England school, a school in West Midlands was recently revealed to have in excess of 300 holes in the roof of the building and as a result of a £350,000 shortfall in the budget for this year, leaving a £5 million bill to cover repair costs.

With the lack of any action taken by the Government to combat the crisis which has left academies and schools without proper immediate funding or support, creating an unsustainable situation whereby schools have been forced to make desperate cuts to staff numbers as well as support to SEN students.

“We cannot stand by and allow these conditions to become commonplace in our schools. The Government needs to be held to account for abandoning these students.

“Not only are these Tory cuts short sighted, they will damage our education system in the long term leaving our children’s education to a lower standard than it ought to be.

“A Labour government will transform young people’s life chances. We will put £150 million back into supporting our children in schools by scrapping the Conservatives’ nonsensical plans for schools to pay the apprenticeship levy – moving towards a more long term and sustainable National Education Service.”

“Funding is definitely getting worse in schools. If you’re a head teacher, the only way that you’re going to make significant savings is to cut staff – and that’s what happening at the moment.

“Unless something is done about funding, it is inevitable that standards of education will go down.