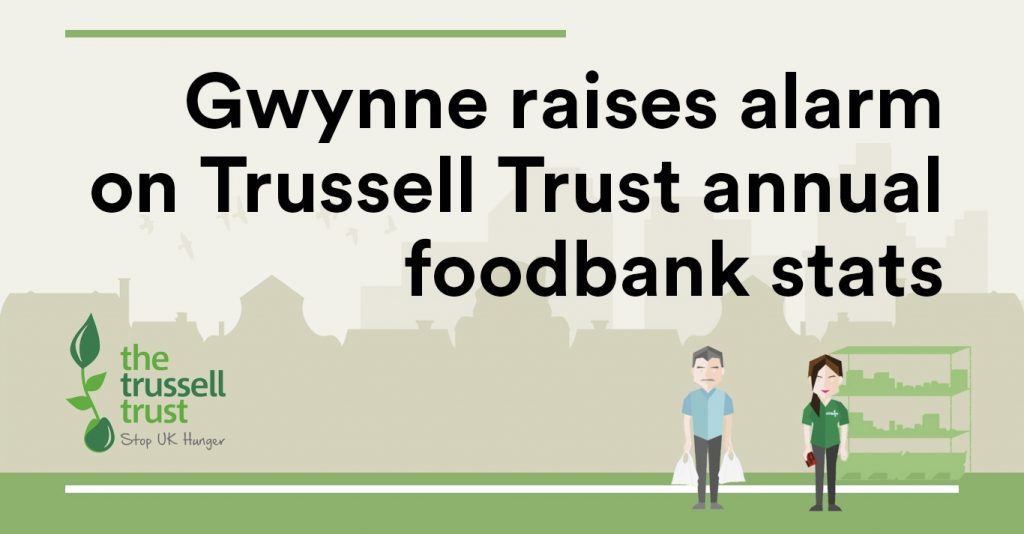 Denton and Reddish MP, Andrew Gwynne has spoken of his shock as new figures by the anti-poverty charity, Trussell Trust, reveal that the trust has handed out record numbers of emergency food parcels in 2017-18, including in the Denton and Reddish constituency.

Between 1st April 2017 and 31st March 2018, The Trussell Trust’s foodbank network distributed 1,332,952 three day emergency food supplies to people in crisis, a 13% increase on the previous year. 484,026 of these went to children. This is a higher increase than the previous financial year, when foodbank use was up by 6.64%. In the Denton and Reddish constituency between April 2017 and March 2018, 987 three day emergency food supplies were given to people facing crisis by the Trussell Trust Foodbank Network, 453 of which were for children.

New analysis of 38 foodbanks that have been in full Universal Credit (UC) rollout areas for a year or more shows that these projects experienced an increase of 52% in the twelve months following the full rollout date in their area. This has been calculated by summing individual foodbank data for the twelve months after UC full service went ͚live͛ in their area and calculating the percentage increase between the start and end points of the ͚best fit͛ trend line.

“These figures are truly shocking and are testament to the Government’s failed approach to the benefits system, as well as the cost of living crisis that is hitting workers across the country.”