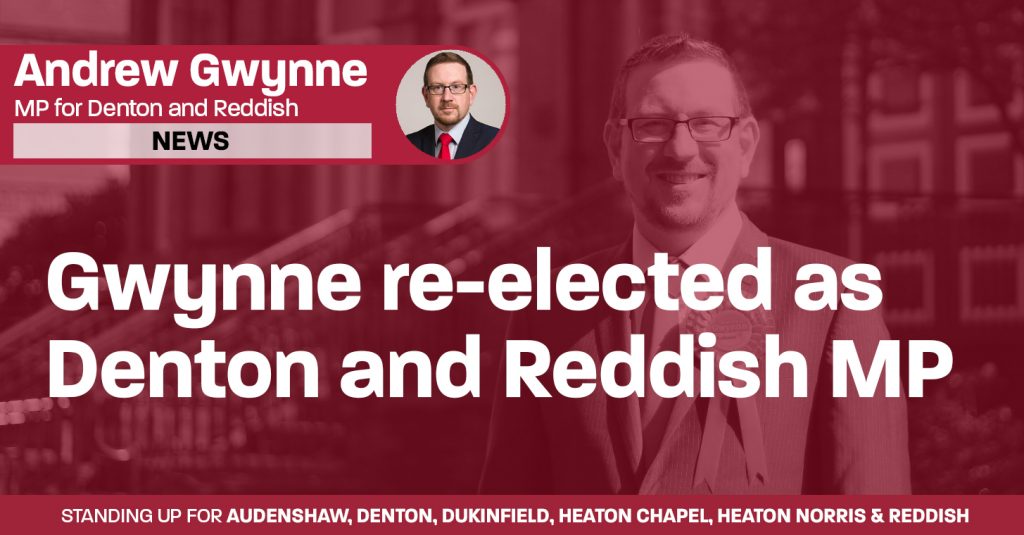 Labour’s Andrew Gwynne has been elected as the Member of Parliament for Denton and Reddish for his fifth consecutive term.

Nationally, Labour had a difficult night and the Conservatives won an overall majority.

“I’m so honoured to have been re-elected as the MP for my home constituency where I have lived, gone to school, grown up and brought my own family up.

“It’s more than a job, it is an honour beyond words, and I vow tonight that I will continue to serve the people of Audenshaw, Denton, Dukinfield, Haughton Green, Heaton Chapel, Heaton Norris and Reddish with unstinting service and dedication for the next five years.

“Thank you to everyone who voted for me – I will do my best to represent every community and every constituent, irrespective of how they voted yesterday.

“Last night was a tough night for Labour across the country, and we have the task of learning the serious lessons from it, rebuilding ourselves as a strong Opposition to the current Government and to become a viable alternative at the next General Election in five years time.”