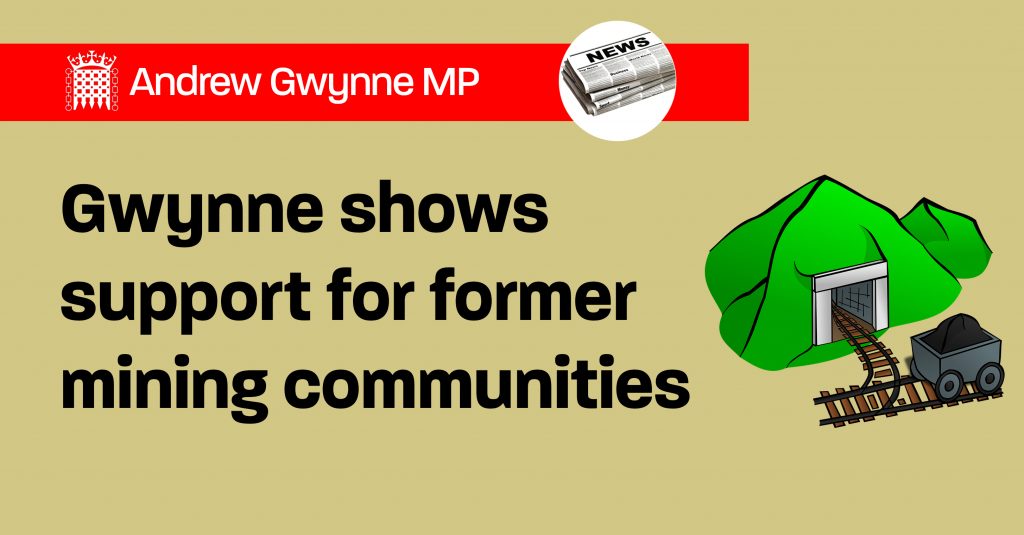 Andrew Gwynne, MP for Denton and Reddish, has signed a book of support calling for a Coalfields Fund to support the 5.7 million people living in former coal mining communities.

Following the launch of the State of the Coalfields 2019 report, the first piece of dedicated research on former mining communities since 2014, The Coalfields Regeneration Trust has secured support from cross-party MPs across the country for its proposal that Government creates a dedicated Coalfields Fund.

These communities remain scarred by the legacy of the past with key findings showing that in order to raise the employment level to that of South East England, 170,000 additional coalfield residents would need to be in work.

Furthermore, 42 per cent of residents in coalfields live within the 30 per cent most deprived communities in the UK, showing little change in the last five years.

Over the last 20 years, the Coalfields Regeneration Trust has delivered programmes of activity that improve the lives of residents by focusing on three priorities for action; employment, skills and health and wellbeing.

“As Shadow Communities Secretary, I have taken a real interest in the great work that the Coalfields Regeneration Trust does in supporting communities in former mining communities.

“I am proud to support them in their campaign for a Coalfields Fund – this would be a significant step in boosting the economic and social prospects of those living in these communities.”

“We would like to take this opportunity to thank Andrew for taking the time to sign our Book of Support. It is only by working together that we will achieve our ambitions for the future.

“Although we have successfully continued to improve the lives of people within the coalfield communities, the reinstatement of a government funding package will help us significantly increase the scale of activities that we are able to deliver.

“We have an ambitious five-year strategy to transform former coalmining communities into growing social and economic areas, but we cannot do it alone.”