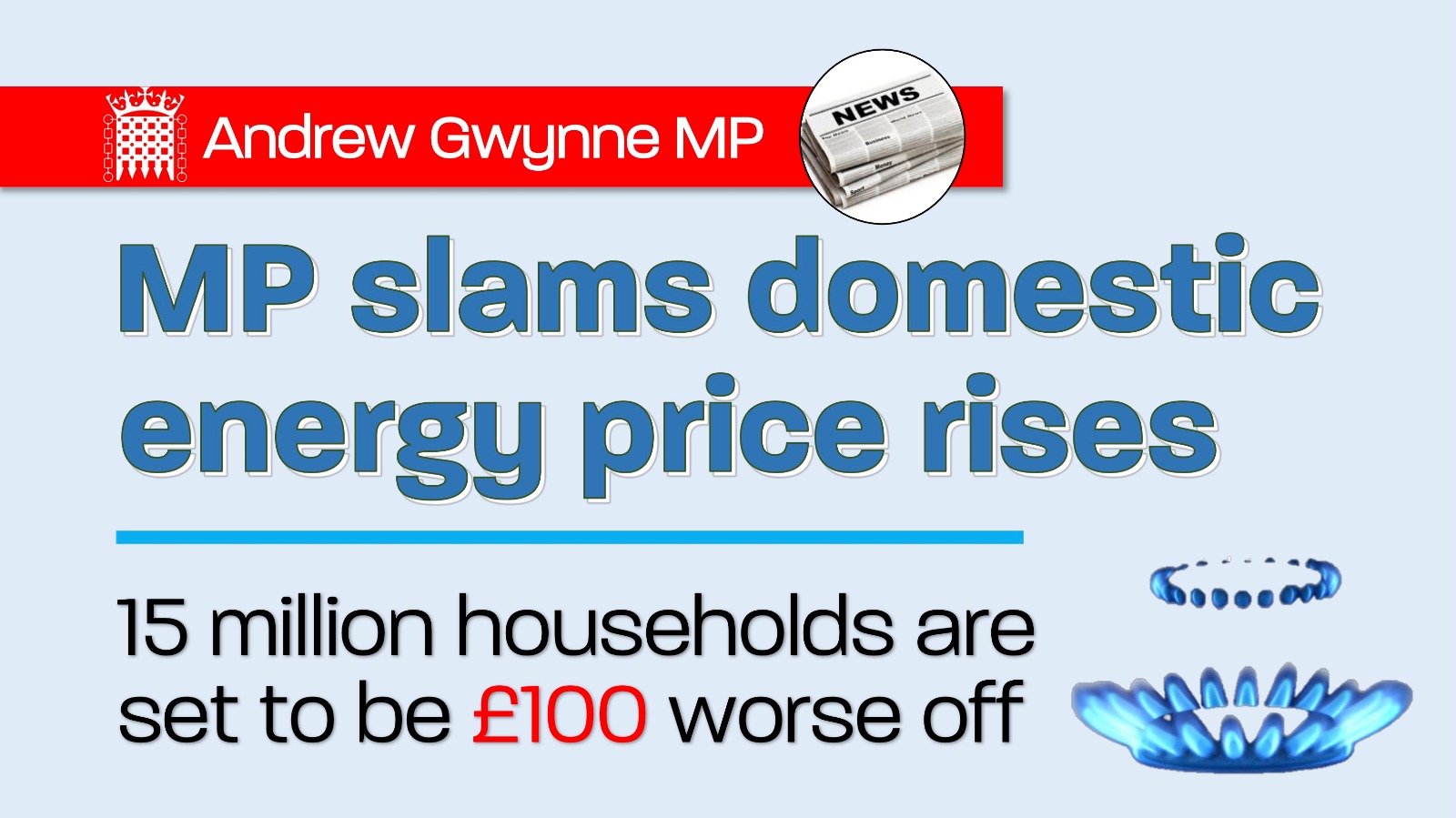 Denton and Reddish MP, Andrew Gwynne, has called on the Government to change course as the energy regulator Ofgem confirmed that more than half of British households are set to see an increase in the cost of energy in April.

About 11 million households are on default, or standard variable tariffs, and are set to be affected. Such a household, which uses a typical amount of energy and pays the bill by direct debit, should now expect to pay £1,254 a year. Another four million people are on prepayment meters, so pay for their energy in advance. The price cap will rise on their tariffs too, with the typical customer paying £1,242 per year, up by £106 from the previous cap level. Together, the increases in the two caps will add a collective £1.71 billion to consumer bills, according to the auto-switching site Look After My Bills.

The significant increase, which wipes out the average saving of £76 from the government cap, will be embarrassing for ministers, who promised that people would save money under the flagship policy.

The original cap, which was announced in November but can into effect on January 1, supposedly fixed prices at £1,137 a year, however, that will now be scrapped. Hikes in wholesale costs mean that prices will rise £117 from the originally set figure to £1,254 a year from April 1, the energy watchdog said.

“The much-vaunted Government price cap will now feel like a damp squib to most people. It may have cut bills for three months, but from 1 April, the new rate jumps up 10%.

“This government is resting on its laurels while big energy companies are ripping off their customers.”