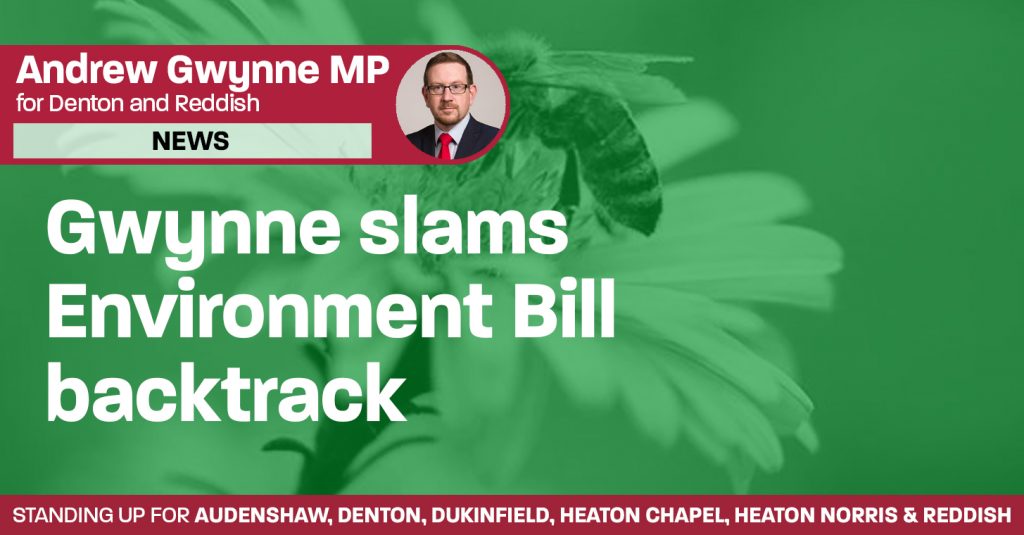 Andrew Gwynne, MP for Denton and Reddish, has criticised the Government for delaying the Environment Bill and for rejecting a Labour amendment to keep the ban on bee-killing pesticides.

The Government have changed the timetable for the law’s introduction, delaying the introduction of the measures in the legislation until at least the autumn.

When the Bill becomes law, it will set targets and set out plans for improving the environment. The Bill would also create the Office for Environmental Protection, a new, independent statutory body with the principal objective of contributing to environmental protection and the improvement of the natural environment.

Yesterday in Parliament, the Government voted down a series of amendments to the Bill, including Labour amendments which would have required the Government to meet World Health Organisation targets on air quality by 2030 and kept the ban on bee-killing pesticides.

“We are in the middle of a climate crisis and it’s vital that we act now, but instead the Government keep on kicking the can down the road when it comes to passing the Environment Bill.

“Their rejection of key amendments yesterday protecting the quality of air and the bee population ring warning bells for me about how serious they are about the environment.”